Microsoft is prepping for Friday's Xbox One launch by releasing its new "second screen" SmartGlass apps made especially to interact with the new game console. Following today's earlier releases for Windows Phone 8 and Windows 8.1, the new SmartGlass for Xbox One apps have now been made available for download for iOS and Android devices. 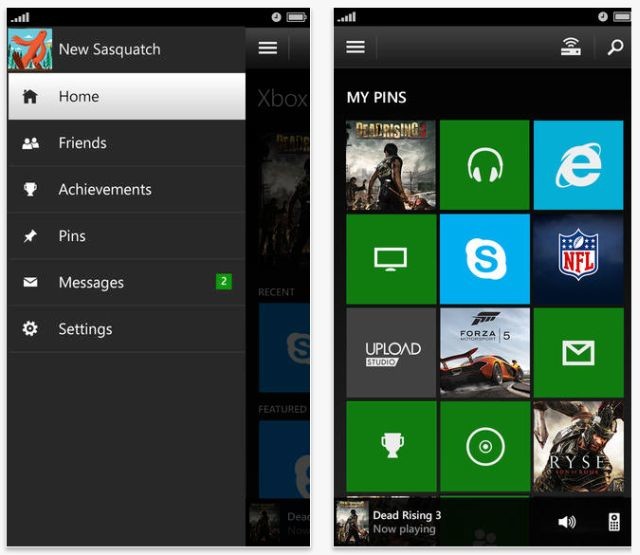 The iOS version, which is available on iTunes, supports iOS 6.0 and greater and has been optimized to run on the iPhone 5, although the screenshots indicate that there is a different interface layout for the iPad version. 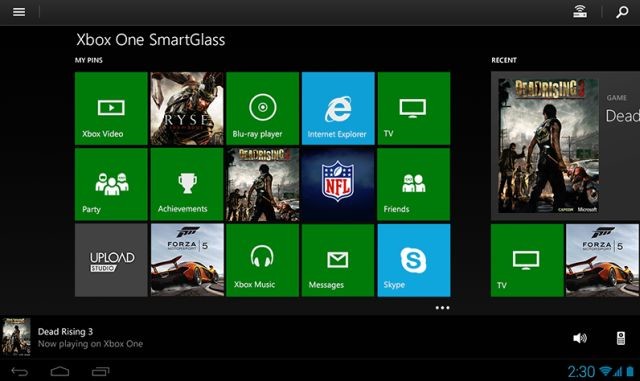 The Android app, available on Google Play,  is supposed to support most smartphones with Android 4.0 or later that have WVGA screens. It also supports seven and 10 inch Android tablets.

All of the SmartGlass on Xbox One apps allow console owners to navigate the dashboard from their smartphone or tablet, along with accessing the Xbox One's Internet Explorer so they can surf the Internet on their big screen TV and snap Xbox One apps to the side. The apps also lets users view their Xbox One achievements and friends list and access special extra content for games like "Dead Rising 3" and movies such as "Star Trek Into Darkness."