The device will be generally available in the US, UK, Germany and Japan from March 10, and will go on sale to 'enterprise customers' in France, Italy, Spain, Belgium, the Netherlands and Sweden on the same date. In the UK and Germany, pre-orders for the glasses are open now. 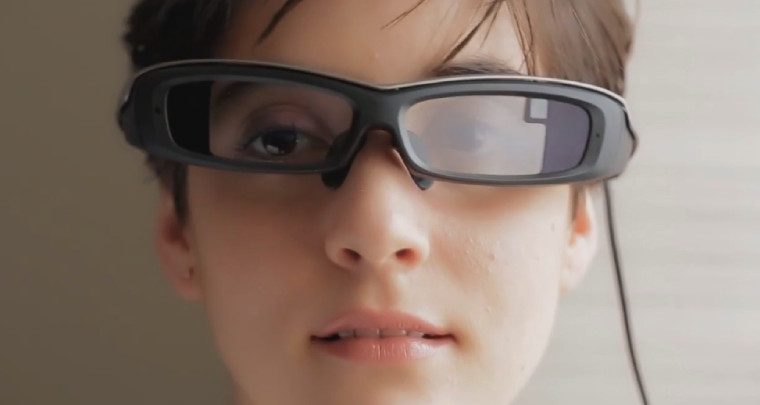 Those who thought Google Glass to be less than stylish will surely have words to say about the even chunkier and somewhat beastly Sony device. In addition to the enormous glasses themselves, there's also a 'puck' style control unit - which remains physically plugged into the glasses at all times - that houses the battery, speaker, microphone and touch sensor for navigation. 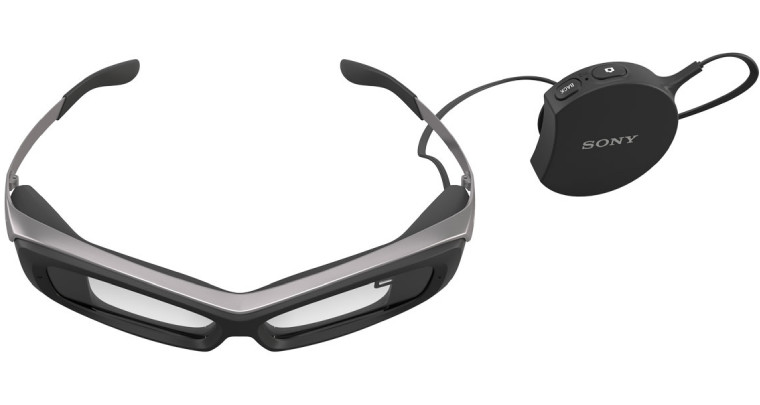 SmartEyeglass is designed to be connected to an Android 4.4 device, via WLAN and Bluetooth. The glasses house a 3MP camera that can capture pics and videos (at QVGA resolution with no sound), but doing so will have a severe impact on the device's already-limited battery life. 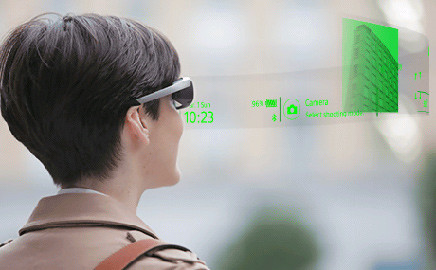 Under normal conditions, you'll get up to 150 minutes (yes, minutes) of usage before the battery dies; if you're using the camera, be prepared to see that drop to just 80 minutes. The company also warns that ambient temperature, using Wi-Fi, and the type of smartphone you connect the device to, may all drain the battery faster as well.

Sony claims that the device offers "true augmented reality" (AR), although the interface is presented entirely in green monochrome with 8-bit greyscaling. This stands in stark contrast with the likes of Microsoft's upcoming AR wearable, HoloLens, which can handle much richer and more detailed full-colour overlays.

Sony has promised that its new AR platform will support third-party apps - indeed, enabling software creators to do their thing is precisely what this Developer Edition device is for. The company has released an early software development kit (SDK) to facilitate the creation of new software.

So while the SmartEyeglass may not exactly have mass-market appeal, that was never Sony's intention with this release. But Sony will be hoping that its new glasses attract the attention of developers, to help it build out a more complete AR platform, and also to help it to identify new usage scenarios for the device - both for consumers and business customers.

The device will be sold via the Sony Developer World site, at the following prices (excluding applicable taxes): 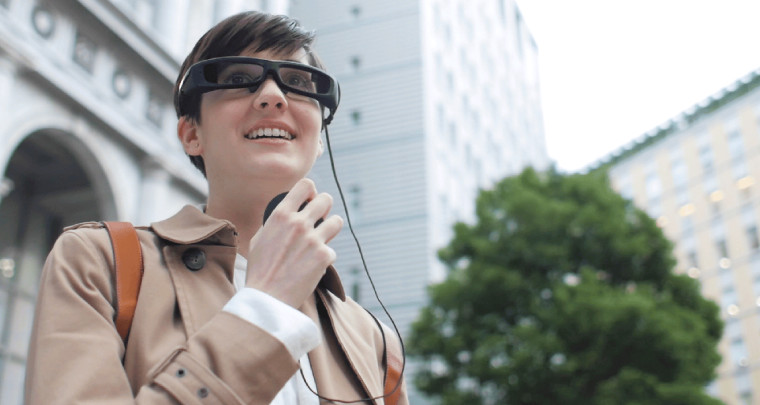 Before you place your order, however, be aware that you won't able to wear Sony's SmartEyeglass if you're already wearing another pair of glasses.

Check out the video below to find out more on the new smart-glasses, including a visualization of what it looks like to actually wear them: