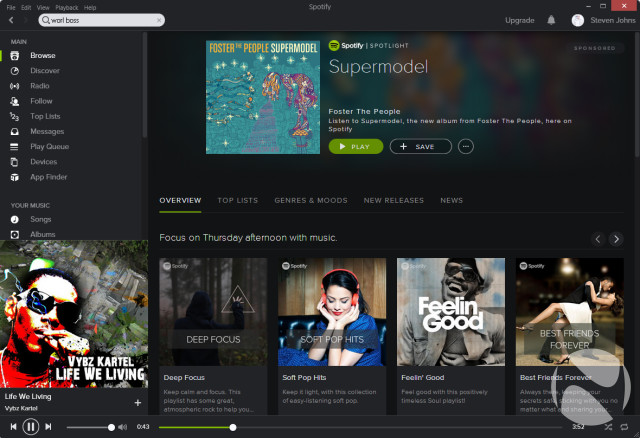 Spotify for Windows has undergone a major makeover, most obvious is the change from a lighter aluminum color scheme towards a dark color scheme. The UI has also become notably flattering with the removal of various skeuomorphic elements, and is clearly borrowing elements from the Modern/Metro design language. The menus and audio controls are also fairly reminiscent of the design concepts used for Zune software. 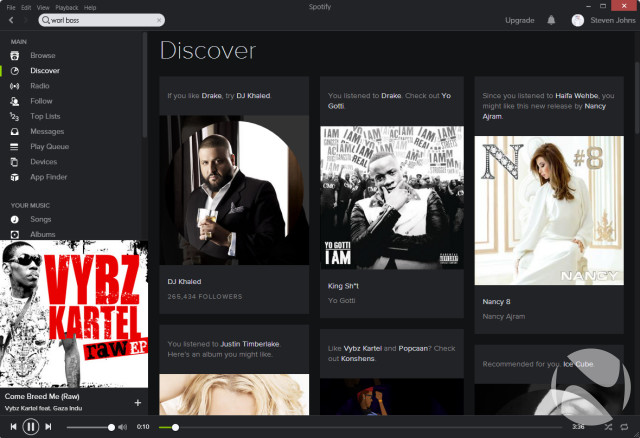 This new interface has been unified across all devices, including Windows Phone. Historically, Spotify would conform to the design language of the ecosystem it is being used in. The iPhone app looked distinctively Apple-inspired, the Android app was fairly different to the iPhone app, the web player was different to everything, and the Desktop app was hideously skeuomorphic. However this has changed in one way or another for all devices, and it now looks more or less consistent across the various devices. 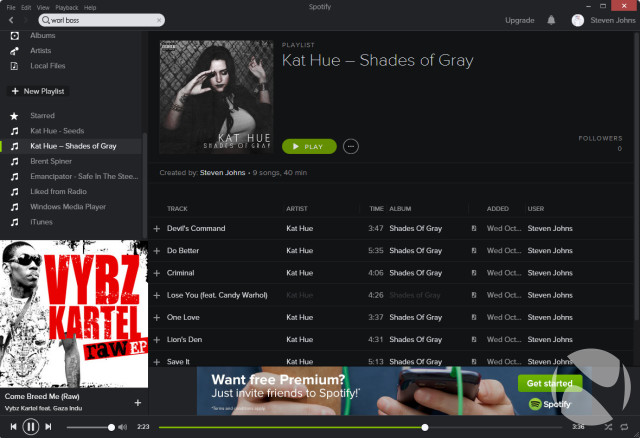 New sections include the "Your Music" section, which essentially allows you to build your own library by hitting the "Save" button on songs and albums you like. Previously this was restricted to "Starred" songs, however the new interface allows a much stronger way of interacting with your favorite songs and albums, including the ability to sort by artist, song, and album. 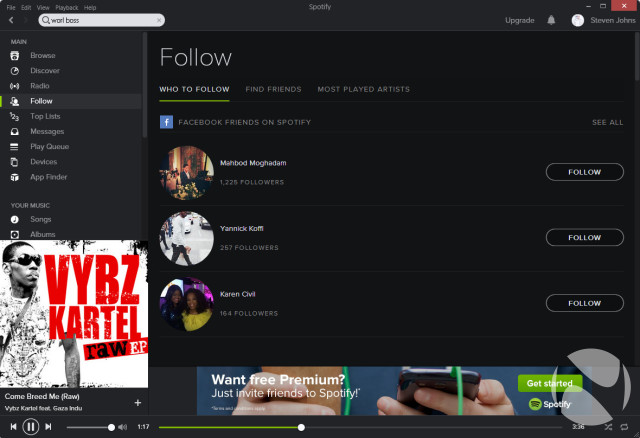 Various elements have been made larger, and things are generally more spaced out. It has become-- dare I say it-- partially touch optimized. Not as much as the Xbox Music app for Windows 8, of course, but you can see some interesting changes in the latest Spotify revision. Overall, this is a significant improvement over the previous desktop app, and the death of the 2000's skeuomorphic design language is always welcomed.

Take a look at how it looks across all the devices in the video below: