The latest instalment of the highly successful Battlefront series from EA has come under fire from fans after gameplay footage surfaced showing Call of Duty style 'loot boxes' being available for purchase. Micro-transactions, as they are more commonly known, aren't a new phenomenon, however, they do have the rather annoying tendency to make the game easier for those who are willing to spend the money to get access to them. 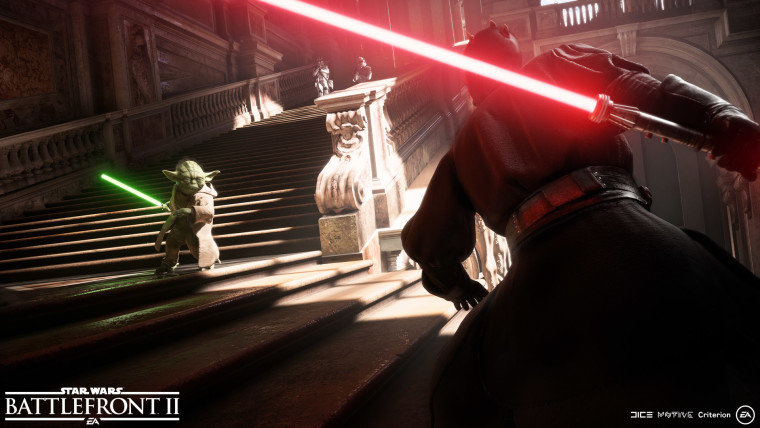 EA countered these allegations with a denial and acknowledgement of the pay-to-win structure. They told Eurogamer that the game did offer in-game transactions that will give gamers extra abilities and power-ups amongst other things. However, in the same breath, EA confirmed that these will be available for 'real world' money. This is a concern to gamers since it would mean that someone with money to burn can become 'overpowered' in the multiplayer portion and dominate players who spend the in-game currency they earned during normal gameplay.

"Players will be rewarded in the game through regular play in many different, earnable ways including crates, for those that want to accelerate the rewards, they can do so by purchasing crates that contain randomised items and rewards."

Loot crates have shown up in a multitude of games, like Battlefield 1 and the previous Battlefront instalment, but these were mainly cosmetic items which had no effect on gameplay. Call of Duty, however, is the worst offender in this regard, with their 'loot drops' giving gamers who shell out money the ability to win almost all of the time thanks to game-changing items.

Star Wars: Battlefront 2 will offer gamers a season of free DLC when the game launches, as such the micro-transactions do make sense. However, the chance that the game would be significantly altered by these tiny purchases, is leaving a sour taste in the mouths of fans.

Star Wars: Battlefront 2 will launch on November 17th on Xbox One, PC, and PlayStation 4.