Windows 10 is not the perfect operating system for use with tablets, including Microsoft's own Surface Pro series. Stardock is introducing a solution today. Called TouchTasks, the app lets you set up various zones on your screen that serve as touch-centric shortcuts.

There are a variety of different kinds of zones that you can set up as well. In the image above, it shows recent documents. There's also an app launcher that you can use, rather than the full-screen Start Menu that Microsoft provides, which only mirrors the tiles in your desktop Start Menu.

"Using Windows as a tablet has been challenging for some people," said Brad Wardell, CEO of Stardock. "What we wanted to do is create an app that lets users configure points on the screen edge that work the way they want them to work."

Using TouchTasks, you'll be able to set up five different zones on your screen: one on the left, one on the right, and three across the top. Once you install it, you'll get a quick full-screen tutorial that shows to tap outside of the visible area of the screen, since the touch-sensitive area is actually larger than the display.

Four of the five zones are set by default, but you can customize them to do a variety of actions, or you can shut off any zone that you don't want to use. You can set a zone for displaying the on-screen keyboard, something that can be a pain point in Windows 10 when you tap a textbox and it doesn't come up. You can set another one to show brightness control, the task switcher, the Start Menu, and more.

TouchTasks is available now for an introductory price of $4.99, although the normal price will be $9.99. You can check it out here. 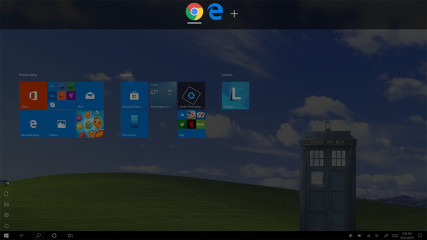 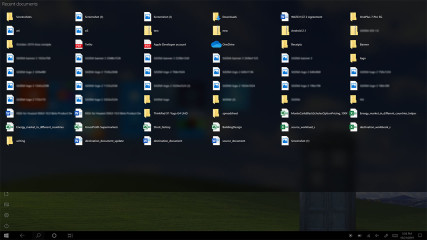 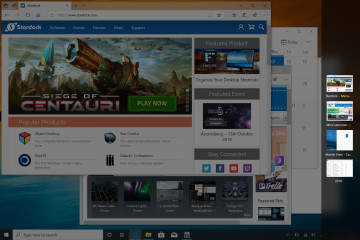 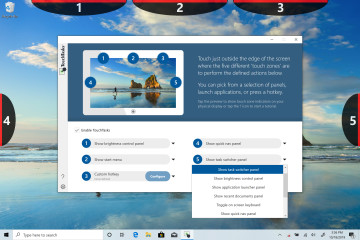 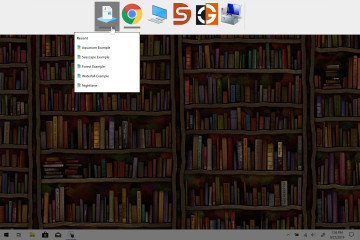 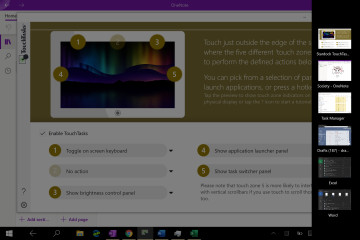