Back at its BUILD conference in April, Microsoft announced that the Start Menu would be returning to Windows 8.1, and even went as far as to show a preview of what it would look like. The promised return of the 'classic'-style menu was met with wide approval, given that many still dislike the Start screen that Microsoft introduced with Windows 8. 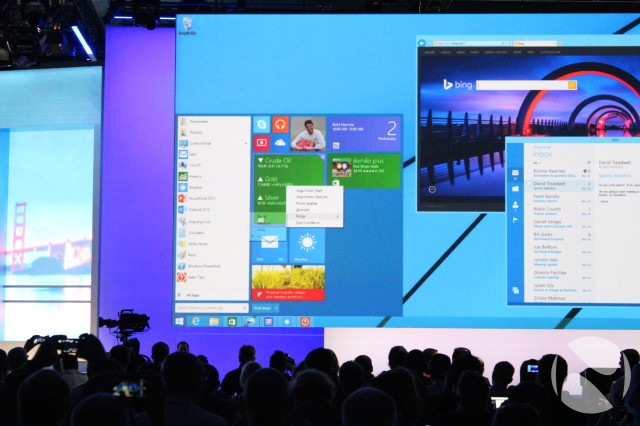 The company did not disclose exactly when the Start menu would be available in Windows 8.1, saying only that it would return in a future update. Speaking with journalist Mary Jo Foley in April, Microsoft's Terry Myerson explained: "The reason we (showed) that work is we thought it was important to share with developers. When do I deliver it? I really don't have anything to share there. We're just not ready yet."

She cites a couple of sources that she says have had "good track records on Windows information", who have indicated that Microsoft has adjusted its plans regarding the menu. Rather than delivering it as part of Update 2, it seems that the company has decided that it would make more sense to include it in the next major Windows release, codename 'Threshold'.

Threshold, which is widely expected to be called Windows 9 at launch, is still believed to be on track for launch in April 2015. That means that those looking forward to the Start menu's return will still have to wait another ten months or so. Mary Jo says that she is unsure whether Microsoft chose to delay its plans for the menu due to time constraints with its Update 2 release schedule, or if another factor has come into play.

The company has also previewed the ability to run Modern apps in a windowed mode on the Windows 8.1 Desktop, but this is another feature that is unlikely to arrive until the launch of Windows 9 next year.