It's the year 2013 and the Internet is effectively everywhere. You can surf the web and get emails on your tablet, smartphone, laptop, big screen television and even your refrigerator. In fact, 98 percent of the US can now access some kind of broadband Internet service. 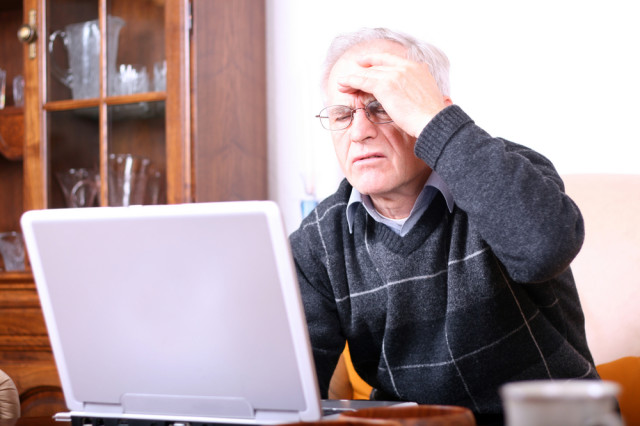 Yet with all sorts of way people can connect to the Internet, there are still a lot of people out there that never use it. The New York Times reports that about 20 percent of US residents don't use the Internet at home, school or work, or even on their mobile device. That means about 60 million people in the United States have likely never seen a cute kitten video, or that double rainbow guy.

However, the US government is concerned that percentage has not changed much since 2009, when the Obama Administration launched a $7 billion program to expand broadband Internet access to parts of the US that previously were not supported by such efforts. The government is worried that, as more of its services are switching to the Internet, it is also cutting off access to those people who don't use broadband services.

It's not a surprise to hear that there is a larger percentage of older people who don't use the Internet. The survey says slightly more than half of all US citizens that are 65 years old or older use the net, compared to well over three quarters that are under age 65.

However, even people who grew up in the Internet age can't or won't access it. One big reason is cost. The article used 41 year old Gloria Bean of Calhoun City, Mississippi as an example. Bean, an elementary school teaching assistant, claims she cannot afford Internet access in her home and has to take her three kids to the local library so they can access the net for schoolwork.

The Federal Communications Commission, along with some ISPs, have tried to offer cheap Internet access to low income houses. Google Fiber offers free 5Mbps Internet access to its customers in Kansas City for at least seven years if they pay a one time $300 construction fee.