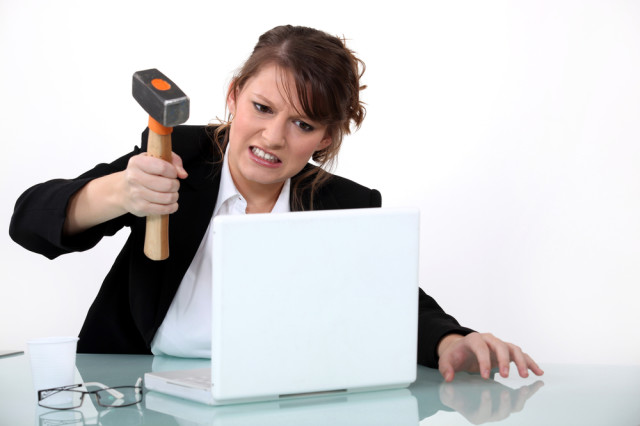 You may be a computer hardware and software expert or you could be a total neophyte when it comes to PCs. Ultimately, it doesn't matter; sooner or later, your computer will do things that it is not supposed to do and you could be sitting in front of it, trying to fix the problem. sometimes to no avail.

What do you do when this situation happens? According to a new study that was commissioned by memory maker Crucial, 36 percent of US PC owners who have experienced computer problems have yelled, cursed or even struck their PCs in frustration sometime in the last six months. The survey was conducted in June among over 2,000 US citizens age 18 and over.

The survey also showed that young adults, age 18 to 34, were more apt to scream, curse or hit their PC compared to older adults. Seven person of young adults even admitted to crying when faced with a hard-to-solve PC issue, compared to just two percent of older adults. 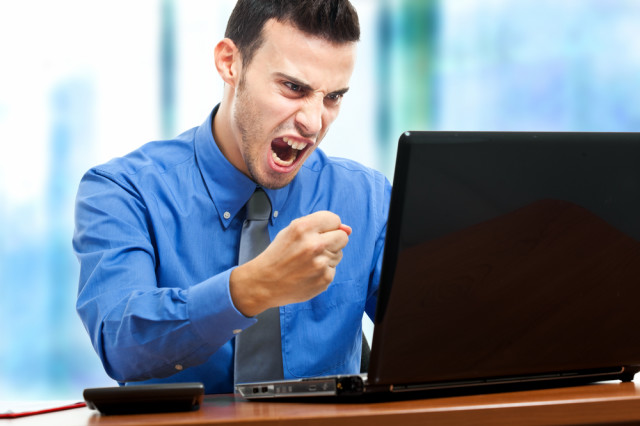 So what was the cause of their PC misbehaving? 46 percent of those surveyed blamed a virus or malware attack, while 12 percent blamed their own actions for the issues. 10 percent said installed software caused a problem on their PC and eight percent said there was not enough RAM in their computer. 12 percent didn't know what the problem was.

Of course, Crucial is using this survey as a way to help promote their PC RAM add-ons, claiming that many people who experience PC issues never consider that they may not have enough memory in their computer.

The company has also launched a new contest, Tough on Computers, that asks people to submit a 30 second video with their best PC frustration scream. The winner will get $5,000 and the top three will get some free RAM upgrades.