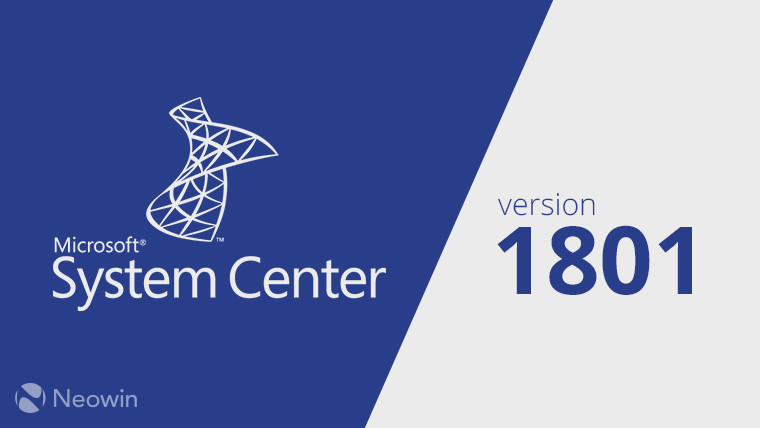 The suite itself includes a number of components, among which Operations Manager (SCOM), Configuration Manager (SCCM), Virtual Machine Manager, Data Protection Manager, Orchestrator, Service Management Automation, and Service Manager. It's important to note this because beyond the different components themselves, there are also current and preview branches - much like Windows client. While the semi-annual release seems to refer to the entirety of the suite, the actual cadence is a little more nuanced than that. A post from June of last year sheds a little more light on the expected timeline:

You will see releases twice a year, aligned with the Windows Server semi-annual channel timelines. A technical preview is planned for release in the fall with the first production version available early next calendar year, and subsequent releases approximately every six months. These releases will be available to System Center customers with active Software Assurance. System Center Configuration Manager will continue to offer three releases a year to give you the latest updates for managing servers, PCs, and mobile devices.

The latest major release of System Center is 2016, which has followed the same pattern like previous versions, with a four year delta between it and the previous release, System Center 2012. However, back in November, Microsoft released System Center Operations Manager (SCOM) version 1711 - the technical preview referenced for release in the fall in the quote above. 1711 has now morphed into the current branch release dubbed 1801. System Center Configuration Manager (SCCM) has been on a three per year release for a while, and will continue this cadence, as per the quote above.

The focus of this update is on SCOM, Virtual Machine Manager and Data Protection Manager, but all of the other System Center components will get "security and bug fixes, as well as support for TLS 1.2". Here's what's new in System Center version 1801:

For those also making use of Azure services, both existing integrations have been outlined, as well as new ones:

Sometime in the next two months, information on the second semi-annual release, as well as the long-term servicing branch version will be revealed. Until then, those who wish to evaluate System Center 1801 can do so at the Evaluation Center or the Volume Licensing Service Center.