For those unfamiliar with the Deus Ex franchise, it goes back to the year 2000 when highly hyped developer Ion Storm went on to develop a System Shock-inspired action game that combined gameplay elements of first-person shooters and role-playing games.

After many years of waiting the third installment of the Deus Ex series has finally arrived. Deus Ex: Human Revolution, is a prequel to the original game, now developed by Eidos Montreal. Like previous titles, Human Revolution contains elements of first-person shooters and role-playing games, and to gamers' pleasure it appears the game is every bit as good as its predecessors. 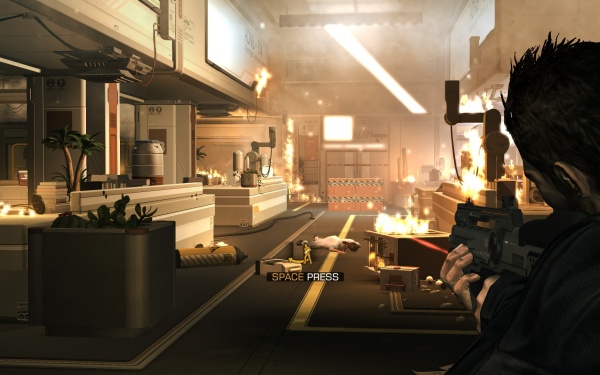 In other good news, we could very well have a new game capable of fully utilizing the power and features of today’s high-end graphics cards. Such games have become increasingly rare and with the exception of just a select few, most of the games we have run performance tests on this year have been shameful console ports that would struggle to max out a tablet PC.