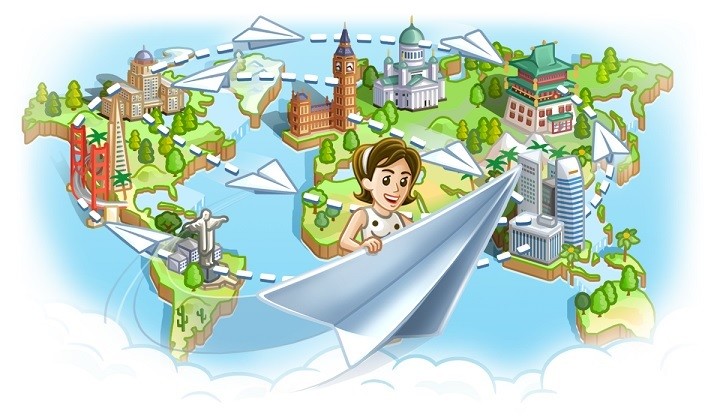 Telegram 4.2 has been released along with its source code which was surprisingly released before its corresponding binaries. The new release brings completely redesigned photo editing tools and a self-destruct timer for any photos or videos that you share in private chats. In this update, you can also give people an idea about who you are before you begin chatting with an optional bio on your profile page too.

The last two major additions to this release concern improvements to sticker management. In version 4.2 you can now enlarge the scrolling area to help you see what stickers you have available. Secondly, Telegram will now rely on a content delivery network (CDN) to cache public photos and videos posted in channels with over 100,000 members, which will result in higher download speeds for the millions of users around the world.

Discussing the CDN network in a blog post, the Telegram team said:

“[CDN caching] will increase download speeds for tens of millions of users as CDN caching allows data to travel shorter distances and helps avoid bottlenecks that exist between regions.

While these caching nodes are only used to temporarily store public media (image Telegram versions of superpopular YouTube hits), all data that goes through them is encrypted with a key unknown to the caching nodes. In other words, we treat these CDN caching nodes just like we treat your internet provider – they only ever get encrypted junk they can’t decipher.”

Getting back to the other big feature in this update, self-destructing messages, the countdown on that content will begin once the recipient opens the photo or video you sent to them. After the timer runs out, the content will vanish forever, similar to how the feature works in secret chats. If the recipient tries to snap a picture of the content then you’ll be notified immediately.

Telegram 4.2 is available right now for Android and iOS.