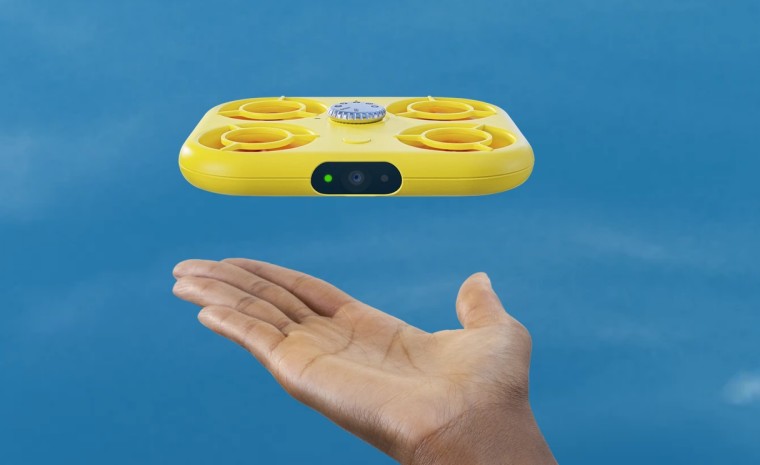 Snap currently sells ‘Pixy’, a miniature drone with an integrated camera, however, the company may have given up on the device. While the $230 selfie drone is currently available for purchase, its days could be numbered, and its stock might not be replenished once it runs out.

CEO Evan Spiegel has reportedly told employees that Snap is halting further work on Pixy amid a reprioritization of resources. The wording may sound a little confusing, and that might be intentional.

The Pixy selfie drone is still available to buy from Snap's website. The company is expected to continue selling Pixy for the time being. However, Snap might have halted production, and may not resume production to fulfill any potential demand.

Snap launched Pixy about four months ago. The micro-drone is equipped with two cameras and a simple knob to control the features. The selfie drone has a single front-facing camera for photos and videos, and another bottom-facing camera that only detects the user’s hand. The secondary camera only helps the drone land on the user’s hand.

The Pixy drone, with a single battery, retails at $229.99. However, the company recommends buyers get the $249.99 variant, which ships with an additional battery for longer flight time. The drone needs the Snapchat app to work. Videos and photos captured by Pixy are sent to the user’s smartphone. Snapchat’s own editing features let users add filters, stickers, and clip/crop/stitch videos that can be posted either to Snapchat or to any other social media app.

It is not immediately clear why Snap is terminating further development and potential sales of the Pixy drone. However, the company did post its weakest quarterly sales growth to date. Snap’s shares have tumbled by around 40 percent in the past few days. Overall, Snap's stock has fallen by around 80 percent over the last year.

Due to the rising financial challenges, Snap confirmed it would significantly slow down hiring. It appears Snap, just like several other companies, is gearing up for the looming broader economic slowdown.