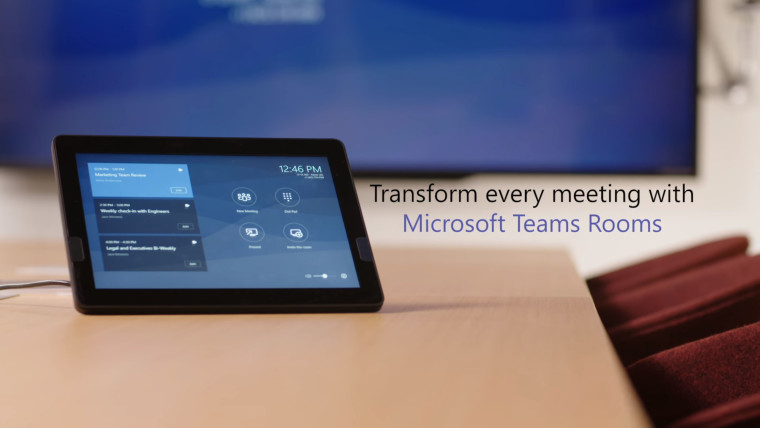 Microsoft is revising the naming and pricing structure for Teams Rooms subscriptions. From 1st September 2022, the Premium version of Teams Rooms is set to be replaced by Pro, and it will be cheaper than current subscriptions.

Teams Rooms is a special version of the audio-video conferencing and online collaboration platform. It is meant for customers who own special hardware for virtual conferencing. Dedicated microphones, soundbars, desk phones that have screens and cameras, and other components are part of the package. Premium audio companies and computer hardware manufacturers such as Bose, Poly, Lenovo, and Logitech offer hardware that’s certified to work with the platform.

Microsoft has been charging customers to access and use these virtual conference rooms. And this cost is over and above Teams licenses. Teams Rooms currently cost $50 a month for a Premium license or $15 a month for Standard service.

The Pro and Basic subscription tiers of Microsoft Teams Rooms will be officially announced to the public on September 6. However, both will be functional and can be sold by partners from September 1. Microsoft currently offers free trials of Teams Rooms Pro.