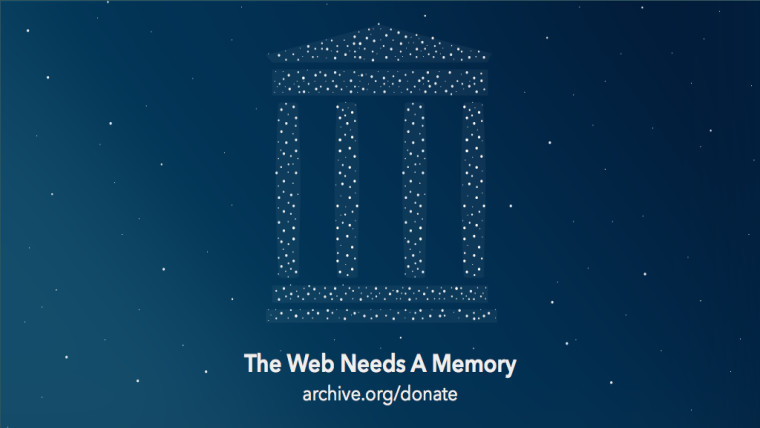 The Indian government has blocked access to the internet archiving website known as the Wayback Machine, according to some of the country's media, and people attempting to access archived sites in India.

The Wayback Machine is run by a non-profit called the Internet Archive. It trawls through the internet and takes snapshots of thousands of websites and archives immense amounts of data. It does this so that people can go back and examine what a website, official, company, or anything really might have said or shown on a webpage at a certain time in the past. For instance, last year the archive made thousands of forgotten vintage games available. Supporters of the system view it as a 'public service', as it gives people a tool to catch out liars who might have tried to erase something that they said or promised in the past.

The block in India of the archive system is currently inconsistent, as the site is accessible in some parts of the country, and through some ISPs but not others. For those who have been blocked, a message stating that access has been restricted by the Department of Telecommunications, Government of India, comes up when they try and visit the Archive.org site. The Department and the government at large have not commented or made any statement regarding this incident whatsoever. 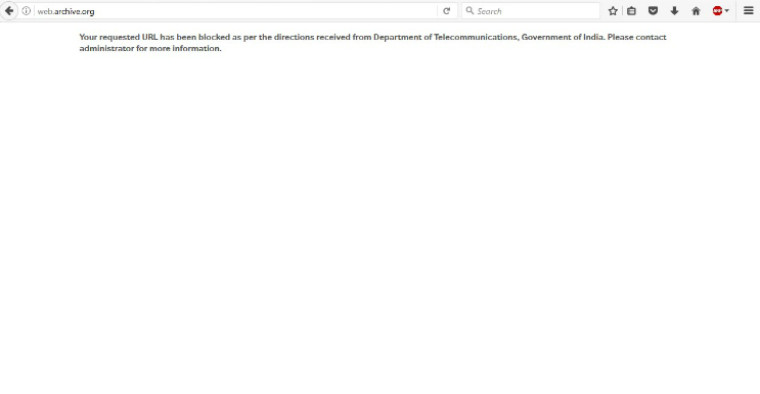 Critics in India have alleged that this current block is politically motivated. ﻿The Internet Archive is no stranger to the potential risks to its 15 petabytes of internet history that might come from political interference, as last year they announced they would be diversifying their storage locations to locations in Canada as a result of the election of Donald Trump in the US.

Editor's note: The title of this article was changed after publishing to clarify that the order to block the Wayback Machine has come from the Indian Government.