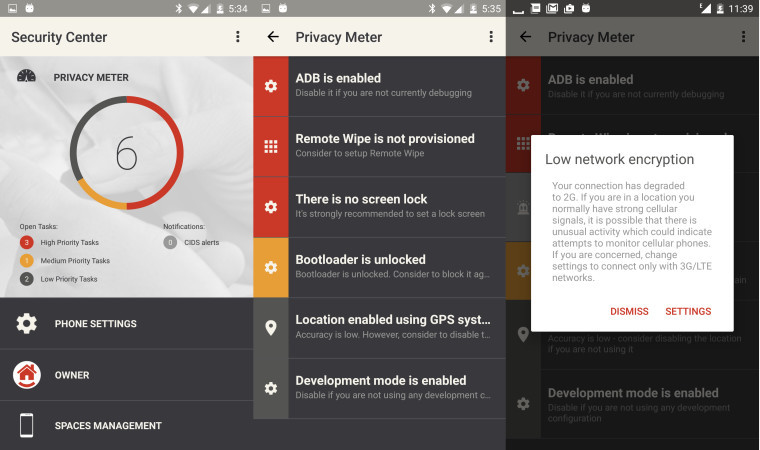 Silent Circle has released the latest version of its SilentOS based on Android Marshmallow with enhanced security features.

Back in September, Silent Circle launched the Blackphone 2 and now the smartphone is set to receive its greatest upgrade yet, with SilentOS 3.0 that features a Privacy Meter, Cellular Intrusion Detection System (CIDS) and Zero-touch Managed Secures Spaces. The OS is based on Android Marshmallow 6.0.1 with the June 2016 security update.

Privacy Meter is integrated into the Security Center and runs in the background to quickly make the users aware of any security or privacy compromise on the device. CIDS will also work in the background, and will proactively notify the user of threats based on their cellular networks.

Zero-touch Managed Secure Spaces is similar to various operating modes such as Home and Work provided by many manufacturers, except that it is based on security and privacy features. These spaces can also be modified remotely by IT administrators and is similar to various MDM solutions such as BlackBerry Enterprise Server.

Silent Circle hasn't revealed when the update will be rolling out to the Blackphone 2, but users should expect it to happen soon.