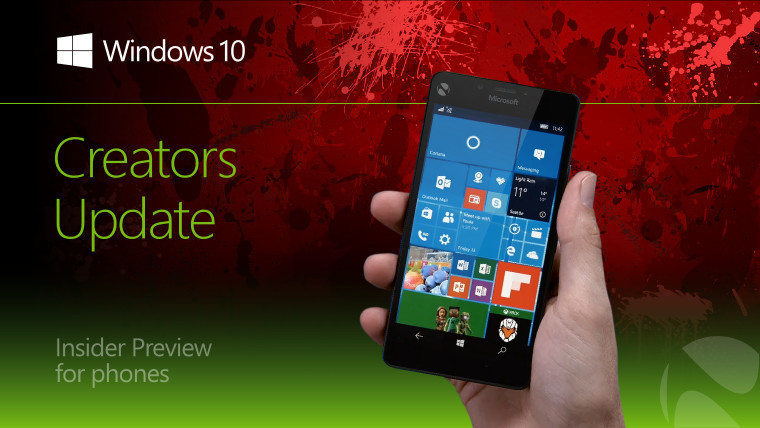 While Windows 10 for PCs got two new Fast ring builds this week, Mobile is also getting some love today, as 15047 was released. As you might expect, there aren't many new features, as the Creators Update is right around the corner.

While it's expected to arrive in April with an RTM for Insiders in March, it's still not clear if it will show up for Windows 10 Mobile users at the same time as for PCs. With the Anniversary Update, it took an additional two weeks.

As always, there's a list of fixes, improvements, and one known issue, so here's what got fixed and improved:

The ability to download speech packs can be important for many Windows phone users, as it's popular among fans to use phones from different regions (for example, using a Lumia 930 in the United States). The workaround for this is to make sure you have the necessary speech packs before you upgrade to the new build; however, be aware that this has been an issue for several builds now.

If you're on the Fast ring, you can get today's build by heading over to Settings -> Update & security -> Phone update -> Check for updates. If not, go to the Windows Insider Program tab, tap 'Get started', and when your phone reboots, go back and set it to the Fast ring.