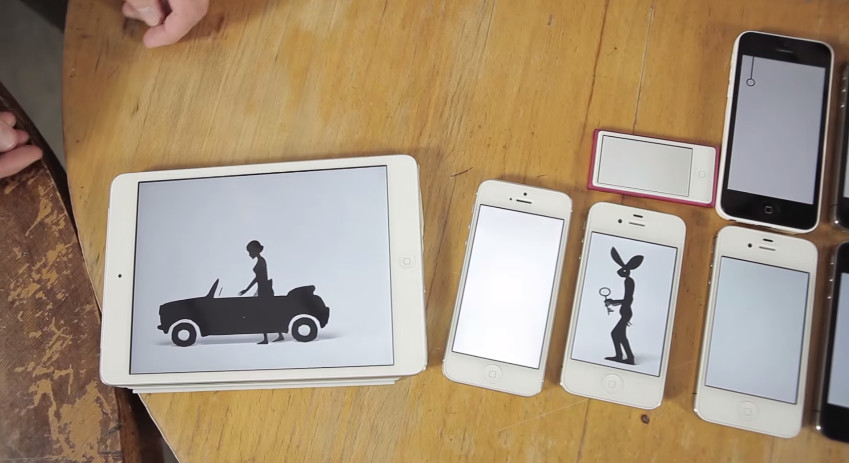 It's fairly common to see Apple products in a variety of different media channels, but it's rare to see something as clever and well produced as this new music video by the 'Brunettes Shoot Blondes'. The video utilizes 14 different Apple devices, ranging from the iPhone to several Macbook's and shows a story of an ignored romantic chasing after his love.

While it would have been easy to emulate the screens on the devices, 'Brunette Shoot Blondes' chose to enlist SYT-X, a studio specializing in 2D and 3D animation, to create the scenes. The scenes were than loaded onto devices and were appropriately shuffled to create the elegant story in the music video that were shot in one-take.

While this isn't the first time we have seen something like this, it's refreshing to see such a simple and practical method being used in an age of over utilization of CG. Currently, "Knock Knock" has over 300,000 views and it will surely continue to grow. For those that are interested, the 'Brunettes Shoot Blondes' have a couple of songs available on their site as a free download.