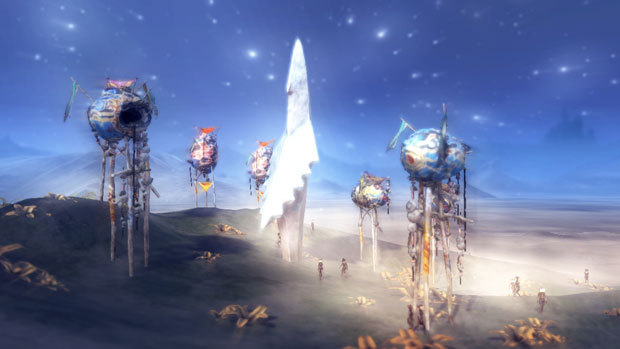 The final week of July brings gamers a few more new titles to try out. That includes an unusual downloadable game, a couple of DLC packs and a Japanese import.

From Dust - The biggest game in an otherwise sparse new game release line up this week is this unusual downloadable title from publisher Ubisoft. From Dust is an example of the "god game" genre that got launched many years ago with Populus. In this particular example your character has to guide a tribe of humans. The big twist in this game is that the player can deform and manipulate the game's settings and environments in real time. The game is due for release via download for the PC and the Xbox 360 via Xbox Live Arcade.

Dragon Age II Legacy - This is the first major DLC addition for BioWare's recent fantasy RPG. The storyline will feature the player venturing to a Gray Warden prison where some secrets behind the Hawke family will be revealed. You will face off against some new darkspawn enemies and get a new weapon in the process. Dragon Age II Legacy is priced at $9.99 for the PC, Xbox 360 and PS3.

Also due for release next week is the PC and PS3 versions of the DLC pack Call of Duty Black Ops Annihilation, (previously released for the Xbox 360) adding four new multiplayer maps and a new zombie co-op map for $14.99. And if you like Japanese imports, you might be interested in Catherine. This horror themed action-adventure game from publisher Atlus is released here in the States for the Xbox 360 and PS3 this week.