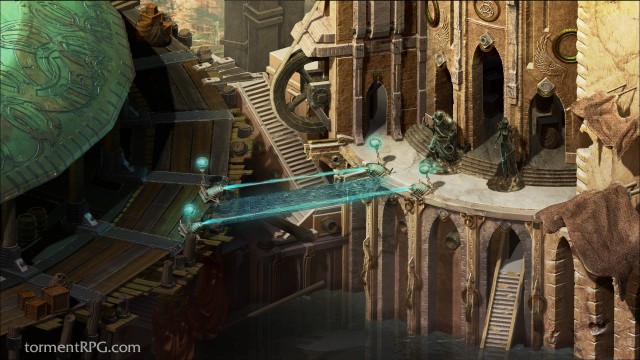 In March, developer inXile Entertainment launched a campaign on Kickstarter to help fund Torment: Tides of Numenera, a spiritual successor to Planescape: Torment, the classic fantasy RPG that was first released in 1999 by Interplay. The Kickstarter campaign had a stated goal of $900,000 to fund its development but that goal was met in just six hours.

This weekend, the Kickstarter campaign ended with Torment: Tides of Numenera raising $4,188,927, making it the single largest amount raised via Kickstarter for a game project. It ended up funding a number of stretch goals, including one that will bring Chris Avellone, the original lead designer for Planescape: Torment, to formally join the Torment: Tides of Numenera team. The game itself is currently planned for release in December 2014.

The Kickstarter campaign did fall short of the $4.5 million stretch goal, which would have added a player Stronghold to the game along other features. However, an update on the Kickstarter page states that the team is still taking donations via PayPal until the end of April which might allow this last stretch goal to be reached.

InXile previously raised close to $3 million via Kickstarter in 2012 to fund development of Wasteland 2, the official sequel to the 1988 post apocalyptic RPG. That game is deep in development and is scheduled for launch in October 2013.