During CES 2014 in January, Toshiba showed off two upcoming Windows 8.1 notebooks that both had a screen resolution of 3840x2160, Today, the company announced that one of them will finally go on sale April 22nd in the U.S. 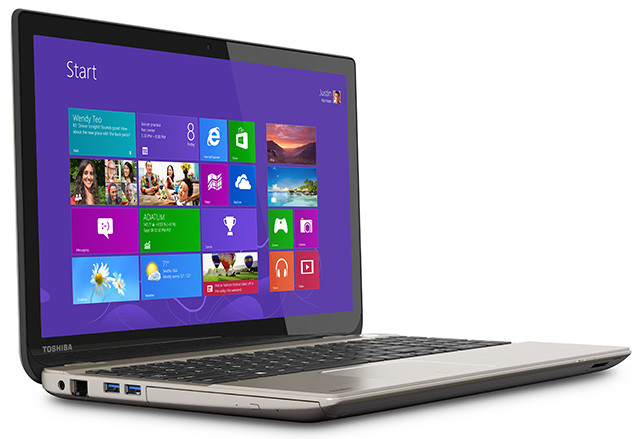 Each Ultra HD display is individually calibrated by Chroma Tune and is Technicolor Certified during production to realize natural color expression with an accurate color gamut to ensure true-to-life imagery. As a result, everything displayed on screen is reproduced according to the original intent and there are no mismatches when viewing photos or other imagery.

Inside the 4.8 pound Windows 8.1 notebook, Toshiba has put in a Intel fourth generation Core i7 processor, an AMD Radeon R9 M265X GPU with 2GB of video memory, and support for up to 16GB of RAM. There's also a 1TB hard drive 4 USB 3.0 ports and a built in Blu-Ray disc player.

There's no word on its battery life but we suspect that it doesn't last for long without a power cord due to it's 4K resolution. Pricing for the Toshiba Satellite P55t notebook will begin at $1,499.99.