These days, music and computers go together like peas in a pod, but it didn't always work that way. There was a time, not so long ago, actually, when music came on vinyl discs covered in grooves, when you had to leave your house to pick up a new album, whatever that is. And you couldn’t even take your whole collection with you everywhere you went. Somewhere along the line, though, that started to change, and this week’s installment of Trivia Tuesday is going to take a look at some of the most interesting stops on that weird journey between vinyl and iTunes.

Atari Video Music: You know the visualizer that comes with iTunes and Windows Media Player? The one that makes you feel like a stoned monkey? Yeah, Atari invented that, way back in 1976. It’s a bit primitive compared to what we’ve got now (unless you’re using the default Windows Media Player patterns – they’re pretty close to this), but you can recognize the concept. It’s just that Atari’s version required hooking an expensive machine up to your hi-fi and turning a bunch of knobs until you were getting just the right picture. You can get an idea of what it looked like in the video below, thanks to the miracle of YouTube.

Shockingly, when asked how they came up with the Atari Video Music, an Atari engineer cooly lit a joint

MP3: The cornerstone of the modern digital music scene has its roots in 1890s scientific theory, but since we don’t really understand any of that, so we’re just going to start in 1991, when Industry Standards Organization (ISO) decided to create  MPEG (the Moving Picture Experts Group, a set of standardized formats) decided that it was high time to come up with a standardized format for digital music. Long story short, they ended up creating the MP3 format by building on top of Musicam, a format sponsored by Philips, among others, and bundling it with MPEG-1, a suite of standardized formats. At this point, the files were going by the extension .bit – they wouldn’t become MP3s until 1995, when the Fraunhofer Society, a group of German researchers, released the first digital MP3 encoder, L3enc. You can read a more in-depth history of the MP3 here. 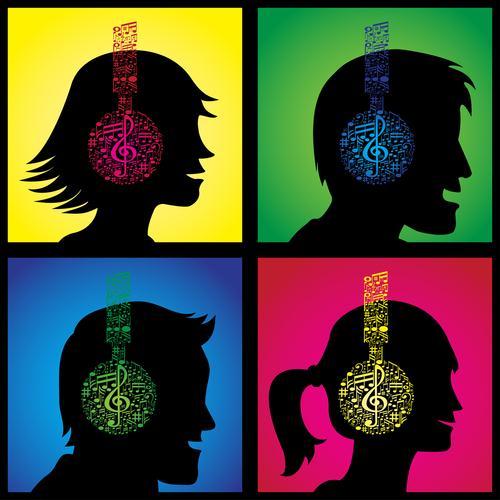 That was some deep stuff, wasn't it? The important thing is that MP3s took digital music mainstream, and we're still using them today

Napster: What can we say? Napster changed the internet forever, and we can’t imagine a world without it. Napster was the first program to make it fun easy to rip off record companies. Sporting a slick interface and a robust backend, it was sure to catch on. From June 1999 to July 2001, Napster was the hottest thing on the web, until the Feds decided to rain on the party by shutting it down. The name would return in the form of a legal pay service, now owned by Best Buy. Obviously, it would never be the same, and no one really cares about it any more.

Founded by Shawn Fanning, John Fanning, and Sean Parker, Napster's system never crashed, despite taking on 25 million users and over 80 million songs at its height

iTunes: iTunes was to legal music what Napster was to illegal music. The iPod was essential to its success, but it’s not an exaggeration to say that iTunes changed everything. It gave a technology company an unprecedented stake in the music industry, and great hardware, simple software and, eventually, a store, would make it easier than ever before for legitimate audiences to experience digital music. 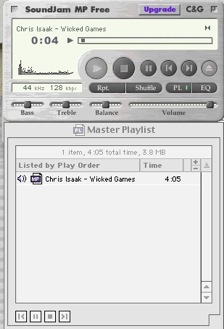 iTunes wasn't originally developed by Apple - it started out as a Mac app called SoundJam MP. Apple added the iTunes Store to calm concerns that iPods were promoting piracy