One of the not-so great things about the tech industry is the vaporware. You know, the programs that just keep getting delayed, again and again, until they turn into a running joke. There's a fair share of them floating around now (Half-Life 3, anyone?), and it turns out that it's been a problem for about as long as the industry has been around. With that in mind, we thought it'd be fun to take a look at some of technology's greatest vaporware.

Taligent: In the early ‘90s, faced with competition from Microsoft’s imaginary Cairo platform, Apple and IBM teamed up to respond with their own imaginary platform, Taligent. Like Copland and Cairo, it had it all, including the ever elusive objected oriented file system, and was slated to replace Mac OS. Obviously, it never did. 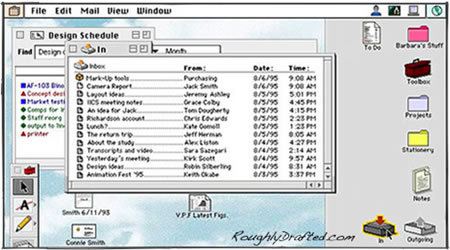 Taligent was a portmanteau of ‘talent’ and ‘intelligent’

When market research showed that customers did not, in fact, want a new OS, the project shifted gears and became an objected-oriented programming environment that could run on any OS.  By 1995, Apple decided to take their ball and go home to work on their own doomed product, Copland (we’ll get to that in a minute). After languishing for the next couple of years, IBM finally killed Taligent in January of 1998.

Copland: By 1994, the cracks were starting to show in Apple’s original Mac OS, and Microsoft was rapidly eating into Apple’s marketshare. With that in mind, Cupertino set about building a successor to its venerable operating system with all the coordination of a beheaded chicken.

Copland was going to have it all, at least for 1994: a completely new web-friendly OS for the modern world. It even had an object-oriented file system. The only problem was that Copland, like Microsoft’s Cairo project, became a ‘catch all’ for any features that Apple hadn’t – or couldn’t – implement. 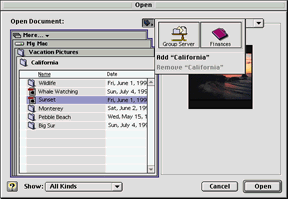 Named for composer Aaron Copland, whose estate, unlike certain other parties, did not sue Apple over the use of his name, Apple’s next generation OS was supposed to supersede System 7.5, codenamed Mozart

When Apple finally got around to releasing a developer release in 1996 (by then, Apple was already bleeding cash at a horrifying rate, having been repeatedly ran over, then backed over again by Microsoft), developers discovered that Copland was a piece of crap.

In 1997, Apple CEO Gil Amelio threw in the towel and called in National Semiconductor’s Ellen Hancock to sort out the mess. She promptly killed the doomed project, and set about acquiring an operating system from elsewhere. Apple would eventually settle on Steve Jobs’ NeXT, and the rest is history.

Windows Longhorn: Now here’s something that actually ended up being released, although what we got wasn’t quite what we were promised. Born as an incremental improvement to Windows XP, it would end up with one of Windows’ longest development cycles, and even home to some features orphaned by Cairo.

We’re not going to give you an overview of every feature that appeared during Longhorn’s 5 year development cycle (Wikipedia has one, though), but suffice to say, quite a bit of experimentation was involved. Cairo’s WinFS file system made a reappearance (it caused a lot of crashes, too), the Windows Explorer seemed to change into a new set of clothes every couple of months, and libraries made their first appearance. 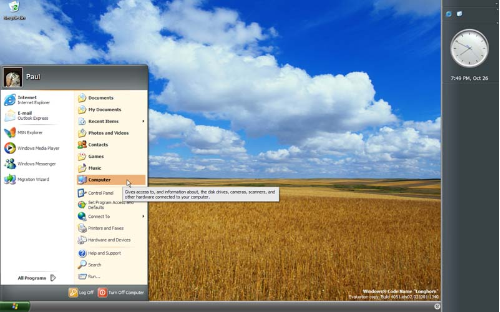 Longhorn was originally envisioned as a minor release to bridge Windows XP and Blackcomb, which eventually became Windows 7

That all went up in smoke when Microsoft threw Longhorn aside and rebooted everything around 2005. With a new focus on delivering a polished product, Longhorn morphed into Vista fairly quickly, shedding a few interesting features and becoming something entirely different. Long gone were the days of imagining the new OS as a minor upgrade to Windows XP; instead, it was one of the most radical redesigns since Windows 95.

Duke Nukem Forever: This just might be the most infamous vaporware of all time. Announced way back in 1997, it would take 14 years to deliver Duke Nukem Forever to users, and boy, was it disappointing. Of course, that’s not too surprising, considering that it was basically already 14 years old when it came out. 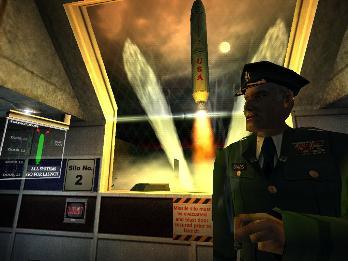 Although it was intitially developed for the Quake II engine, 3D Realms changed gears and moved Duke Nukem Forever to Unreal during development

So, what took so long, since it obviously had nothing to do with taking the time to create the best game possible? Apparently, too much of their time was taken up with making fancy trailers and fighting with their publisher, Take-Two.

In the end, development was finished by Gearbox Software, but by then the damage had already been done; Duke Nukem Forever’s vaporware status was a running joke amongst gamers, and no game could’ve lived up to the hype that had built up around it, let alone what was released. Just for good measure, it was delayed one last time, from May 3rd 2010 to June 14th.

Images via Wikipedia and Newlaunches