Really great Xbox One headsets are still hard to find and despite some good early efforts from companies it has taken some time before a fully wireless device has arrived. The Stealth 500X pleasingly needs no additional adapters or cables to have full wireless voice and 7.1 audio, something that has been so badly needed on the Microsoft console.

As I always say, I have used a multitude of headsets from companies such as Turtle Beach, Logitech, Corsair and Steelseries, but this is the first really top-end device I have reviewed that has been made specifically for the Xbox One, finally ridding us of the Xbox One Chat Adapter too.

First let’s get on with the setup, as is the norm with any modern Dolby/DTS based headset, the Stealth 500X requires you to connect up the transmitter box to the Xbox One via both an Optical cable and a USB cable (both included), this means that the transmitter is always powered up, while the optical cable sends the Dolby 5.1 signal which then gets turned into DTS Headphone:X 7.1 sound. 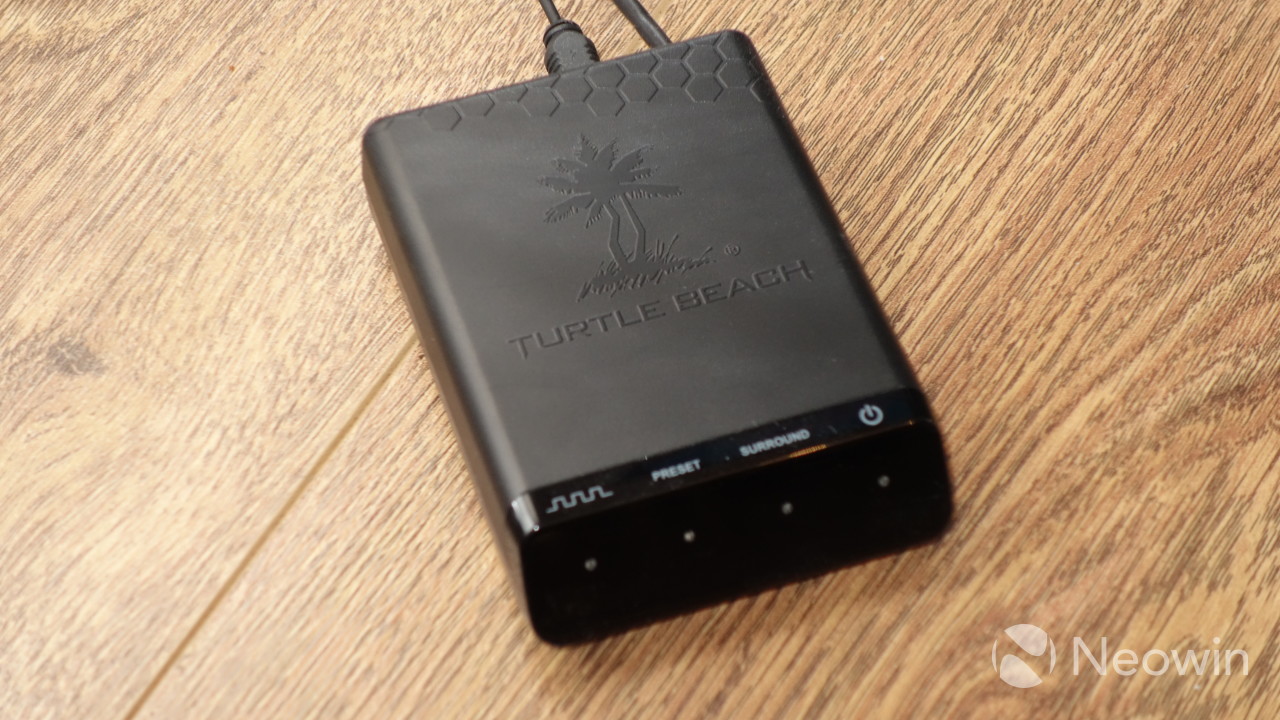 The Stealth 500X headset is already paired up with the transmitter out of the box, so all you have to do is charge it up with the provided USB cable. Once charged up you are ready to go, just turn it on and it will automatically be detected and run the “Signature sound” profile which it is always set to by default for what Turtle Beach believe is the best sound for most game titles.

The really good news right off is that I haven’t had any interference in all the time I have been using the Stealth 500X, this means no crackling, nothing that has caused humming or any disconnections either which is great news, especially after some previous issues with older Turtle Beach headsets.

As I have covered in my previous Z60 headset review on the PC, I really like the DTS Headphone:X 7.1 sound that Turtle Beach are pushing and once again the Stealth 500X is no exception. The sound produced is very clear, especially dialogue, which never gets drowned out by any music or sound effects surrounding it. There are various DTS Surround Sound Modes to choose from, though most of the time I still prefer the default “Signature sound” mode for nearly all games. 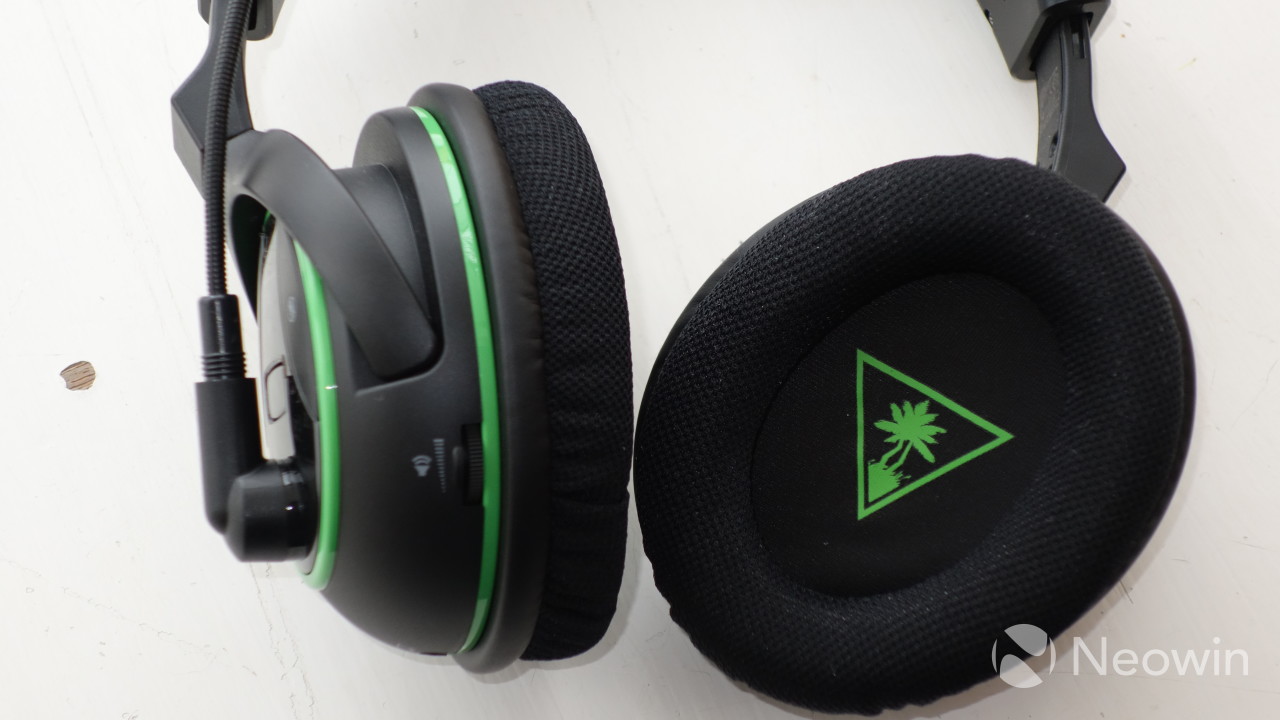 Despite finding the sound very good the majority of the time, I did find it a little less impressive than the Elite 800P on the PlayStation 4, so I will be very interested to hear the upcoming Xbox One version of that particular headset, but it is more expensive so you expect some improvements there.

I tested the Stealth 500X on a range of games on the Xbox One and found the sound great the majority of the time, the only issue I had was that in Fifa 15 I found the audio levels a little low – turning it up via the headset was fine, but then loading another title meant that next game was far too loud, strangely it only happened with the EA title.

Changing presets and the volume levels of both voice and game sounds is all done via integrated buttons on the headset itself. It is a little fiddly at first, but once you know exactly where all of them are situated it becomes easy to play around while gaming or watching a film or TV.

Battery life is very good, which seems to have become a stable feature of the latest Turtle Beach headsets. Recharging the Stealth 500X takes a few hours, but the advertised 15 hours of wireless life is pretty accurate, I managed to get around 14 hours from the headset the first time I charged it up.

The Stealth 500X can also be updated via Turtle Beach software which you download to your PC, it means you have to run two USB cables up to both the transmitter and the headset at the same time so both can get new firmware updates, but it is worth doing to fix any bugs or add additional features. It also allows you to download different sound profiles to your headset too if you want to try out some of the different options that are available.

The Stealth 500X is a well-designed headset on the outside too, it’s very comfortable to wear for long gaming sessions and there is no ear sweating or itchiness which you can sometimes get. I also like the look of the headset itself, the mix of green and black looks great and reminds you that you have an Xbox One specific headset. 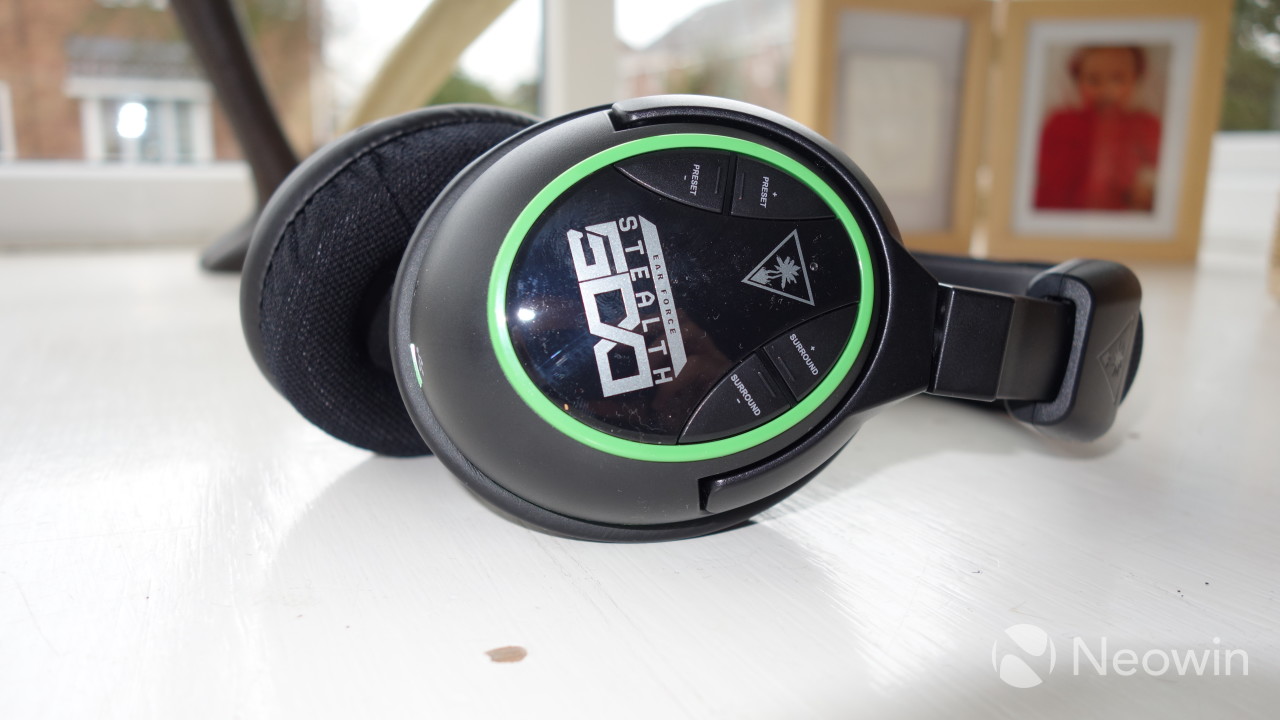 Mic quality can be a mishmash of poor and excellent most of the time with headsets, some can do a great job of having clear voices, while some can be a crackly mess. Thankfully the Stealth 500X is great most of the time, at least that is what my friends have said while I have been trying it out with them. The voice work was clear and the mic doesn’t pick up too many other sounds around you which is good news.

The Stealth 500X also allows you to hear your own voice if you feel that way inclined, this means that you can avoid over amplifying your voice while you are gaming. It also has what the company call “Dynamic Chat Boost” which increases chat volume levels when you are playing a loud moment in a game so that you don’t miss anything.

Overall it’s one of the best sounding headsets available on the Xbox One, even if It is likely to be eclipsed by the upcoming Turtle Beach Elite 800X headset, which if its PlayStation 4 brother is anything to go by, will be the best headset on the market.

If you don’t want to wait for the 800X or would rather not spend the extra money that the new model will cost, I’d highly recommend the Stealth 500X, having a fully wireless headset on the Xbox One is a great feeling, it’s also very comfortable, has some excellent sound modes and looks great. If I have any disappointments it is mostly due to a lack of some kind of holding stand for them, as laying them around can be a bit messy, but that’s about it.