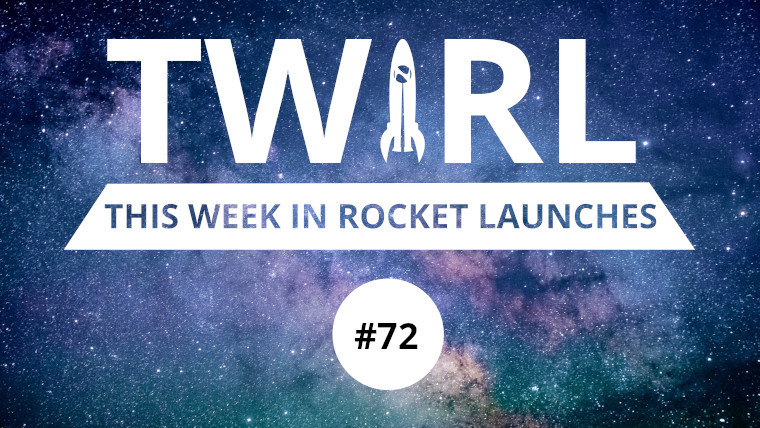 Coming up this week we have what can only be described as a bonanza of satellite launches. Probably the most notable of these will be the launch of Russia’s GLONASS-K2 satellite – the first of its kind. This new generation of GLONASS satellites adds CDMA signals that improve accuracy and power. The GLONASS constellation is comparable to America’s GPS satellites which help phones and satnavs find their position on Earth – if you have a modern smartphone there is a good chance it works with GLONASS.

The first launch of the week is a Soyuz 2.1b carrying the aforementioned GLONASS satellite. The launch doesn’t have a set time but we know that it will be taking off from Plesetsk Cosmodrome in Russia. The new satellite will be placed into a medium Earth orbit (MEO) and will last at least 10 years. The launch mass of the satellite is a huge 1,645 kg – roughly the same as a mid-sized car.

The second launch of the week is an Arianespace Vega C rocket making its first flight carrying the LARES 2 (Laser Relativity Satellite 2) satellite and six CubeSats. The LARES 2 satellite will study the Earth’s gravitational field and make general relativity measurements. The LARES 2 satellite will orbit the planet at 6000 km which is more than ten times the distance of the International Space Station. Hopefully, this mission will take off according to schedule because it has suffered numerous delays since November 2019.

The final launch on Thursday is a Falcon 9 B5 carrying 53 Starlink satellites. As we all know by now, SpaceX’s Starlink satellites beam internet back down to the planet where receiver dishes pick up the signal. By expanding the Starlink fleet, SpaceX is able to cover more of the globe. This launch will take off from Cape Canaveral at 10:30 p.m. UTC and will be viewable on the SpaceX website.

Interestingly, SpaceX will be taking more Starlink satellites to space on Friday too. It’s not clear what time this Falcon 9 will take off just yet. It’s expected to launch from California and it should be streamed on SpaceX’s website.

On Saturday, we have two launches. The first is the maiden flight of the Zhuque ZQ-2 rocket. It will be launched by the private Chinese firm LandSpace carrying 11 payloads to orbit. What’s interesting about this rocket is that it has been designed with a reusable first stage so its boosters will come back to Earth in a similar way that SpaceX and Blue Origin rockets do. This mission is due to launch at 4:00 a.m. UTC from the Jiuquan Satellite Launch Center.

The second launch of the day will be a Long March CZ-3B/E rocket carrying the third Tianlian 2 satellite into orbit. These satellites are geostationary relay satellites so that ground stations can communicate with orbiting satellites even when they’re out of range. This mission is due for lift-off at 4:50 p.m. UTC.

Next up, Rocket Lab successfully launched its Electron rocket carrying the CAPSTONE mission to the Moon. The CubeSat will test an orbit for the Lunar Gateway that will be built in the coming years as people go back to Earth’s neighbour.

The third launch we got was a SpaceX Falcon 9 rocket carrying the SES-22 communications satellite.

United Launch Alliance flew an Atlas V rocket carrying two satellites as part of the USSF-12 mission for the U.S. Space Force. The satellites will orbit at 35,000 km above the equator.

Finally, Virgin Orbit carried out its “Straight Up” mission which saw the LauncherOne rocket carry seven satellites to orbit for the U.S. Space Force.

That’s all for this week, be sure to check in next time.