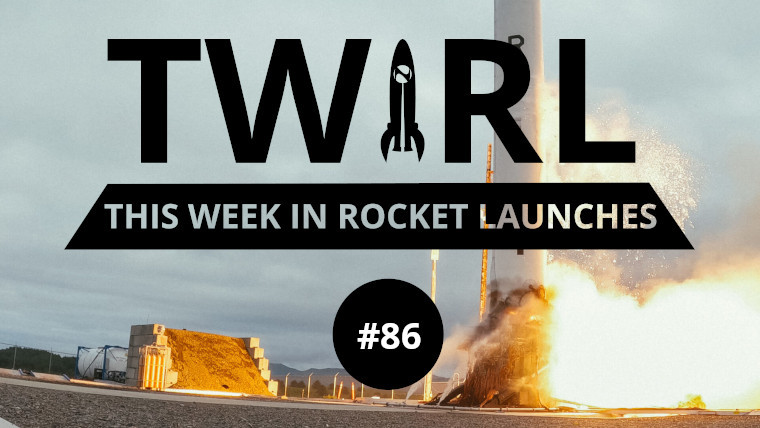 This week we have a lot of satellite launches. The most interesting seems to be ABL Space Systems’ mission, as it’s the first time it’s launching the RS1 rocket. Rather than focusing on reusability, ABL Space Systems has developed this rocket to be launched at short notice without the need for fixed infrastructure.

The first launch this week will be a Soyuz 2.1b carrying a GLONASS-K navigation satellite for the Russian space agency Roscosmos. The GLONASS-K satellite is the third generation of the GLONASS satellites and offers similar functionality to GPS and Galileo. This upgrade comes with an increased lifespan of 10-12 years and includes KOSPAS-SARSAT international search-and-rescue instruments. The launch will take place at 2:52 a.m. UTC from the Plesetsk Cosmodrome.

The second and final launch on Monday is an RS1 rocket being launched by ABL Space Systems. It will be launching on its first test flight with two CubeSat payloads for OMNITEQ. The satellites are called VariSat 1A and 1B and are test satellites for OMNITEQ’s Orbital Test Range Constellation. While SpaceX works on reusable rockets, ABL Space Systems has focused on being able to get a launch off the ground at short notice. The RS1 rocket doesn’t require fixed infrastructure and can be launched at one week’s notice. This mission will take off from Kodiak, Alaska, at 10:00 p.m. UTC.

On Wednesday, Russia is expected to launch a Proton M rocket carrying the AngoSat 2 comms satellite for Angola. The satellite will replace AngoSat 1 which unexpectedly failed after launch. It’s not clear what time this mission will be taking off, but it’ll launch from Baikonur Cosmodrome in Kazakhstan.

The final launch of the week is expected to be a SpaceX Falcon 9 carrying a Hotbird 13F television broadcasting satellite that will broadcast to Europe, North Africa, and the Middle East. The mission is due to take off at 3:25 a.m. from Cape Canaveral in Florida and will be streaming on SpaceX’s website.

The first launch last week was an Atlas V carrying the SES-20 and SES-21 satellites. They will provide television broadcasting services.

On the same day, SpaceX launched another Falcon 9 but carrying 52 Starlink satellites instead.

A day after the crew launched, they disembarked from the Crew Dragon and entered the ISS.

On Friday, Rocket Lab launched an Electron rocket carrying the Argos-4 satellite, which will help to learn more about Earth's ecosystems.

Also on Friday, a Long March 11 launched from a sea platform in the Yellow Sea carrying two CentiSpace-1 satellites which will be used for satellite navigation augmentation.

Saturday saw the launch of a Falcon 9 carrying the Intelsat Galaxy 33 and Galaxy 34 satellites, which will be used for communications.

Finally, a Long March 2D was launched carrying the Advanced Space-based Solar Observatory which will observe the Sun.

That’s all we have for you this week, check back next week!