Following an internal policy discussion concerning the increasingly prevalent misuse of Twitter by trolls and even foreign militants, the social media site has finally updated their policies in an attempt to crack down on abuse.

"We need to ensure that voices are not silenced because people are afraid to speak up," said Doshi in the blog post. "To that end, we are today announcing our latest product and policy updates that will help us in continuing to develop a platform on which users can safely engage with the world at large."

According to Doshi, Twitter's previous policy was "unduly narrow" and "limited our ability to act on certain kinds of threatening behavior."

Twitter has also updated their means of enforcement in dealing with Twitter trolls. Previously, users who violated Twitter's abuse policies could be forced to delete abusive tweets or verify their phone number before accessing their account. Now, the Twitter support team can lock abusive accounts for a set period of time, an option which Doshi says gives Twitter "leverage in a variety of contexts, particularly where multiple users begin harassing a particular person or group of people." 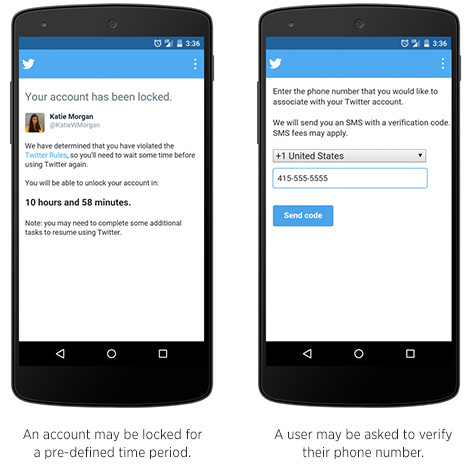 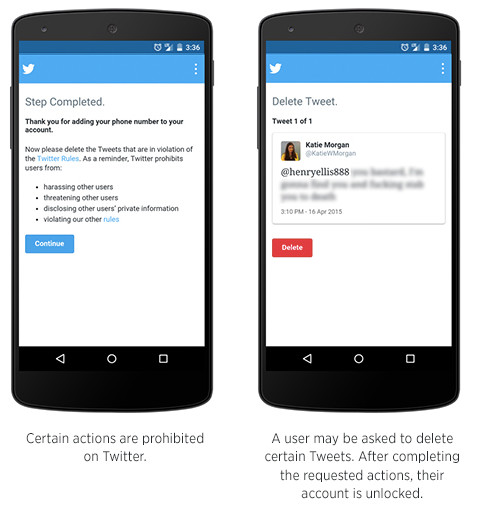 The social media site is also testing a product feature which allows identification and limitation of "suspected abusive tweets." This would seemingly block certain flagged tweets from appearing in the "discover" tab, but wouldn't affect tweets from displaying on the timeline of users you follow.

With these new policies, Twitter hopes abuse will be curbed so users can freely express themselves without fear of retribution. The site says they will continue to monitor and adapt their abuse policies in the future so users are not afraid to participate.