Cortana has slowly been getting better and better thanks to new features being regularly added, and it looks like the digital assistant just received another update. Some users are reporting that Cortana is now serving up discount coupons for nearby stores. 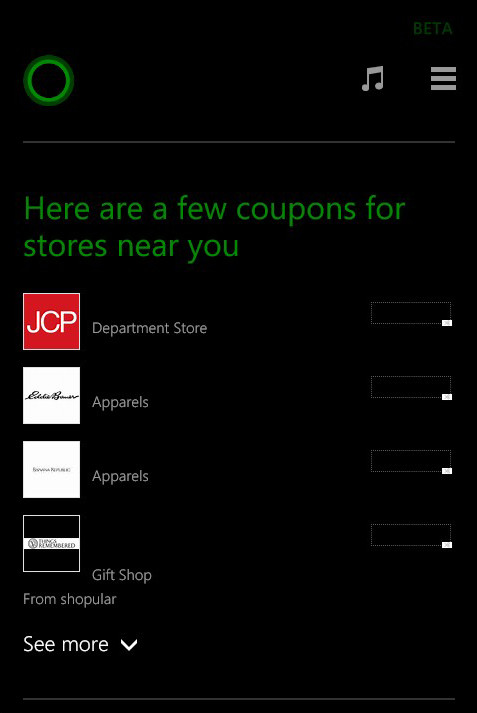 As Windows Central is reporting, the feature seems to be slowly rolling out to select users. Coupons are obviously only available in the US for now, and don’t seem to include that many retailers.

Still this is just the latest in a line of improvements to Cortana’s capabilities, following the addition of movie trailers a few weeks ago as well as cinema schedules and ticket info.

It’s nice to see Microsoft continuing to add new functionality to Cortana, though we’re hoping that with BUILD just around the corner, the digital assistant will get some more substantive upgrades.