Windows 8 is bringing a whole new level of certification for OEMs and manufacturers that wish to ensure their hardware is Windows 8 certified. Acer America has announced the introduction of the Acer T2 series, Windows 8 compliant, monitors in the US and Canada. 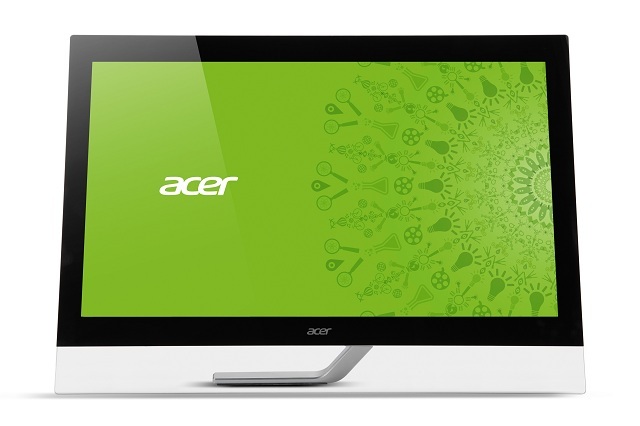 The 23 inch T232HL and 27 inch T272HL both feature a 10 point multi-touch screen that will allow users to take advantage of the touch features of Windows 8. Acer has said:

The Acer T232HL and Acer T272HL displays were designed with the goal of maximizing the significant touch benefits of Windows 8," said Chris White, senior director of product marketing, Acer America. "Delivering premium technology in a sleek, modern and flexible design, these new displays provide users with a dynamic visual medium that users can enjoy for years to come.

Both monitors offer the following features:

With both monitors being nearly identically spec’d out, it will ultimately come down to cost or desk space that will swing the consumer in choosing between them. A major selling point is the 5ms response time, which will do a lot to appease the gamers who own 1ms or 2ms monitors considering a switch to an IPS panel.