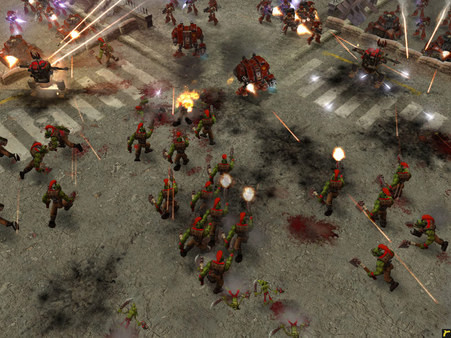 With two days to go before it finishes up, the "pay what you want" Humble THQ Bundle has now added yet another game to the mix if people decide to pay more than the average amount for this collection of PC games.

The new game is Warhammer 40K: Dawn of War, the first game in the sci-fi RTS series developed by Relic. If you pay more than the average amount for the bundle (currently it's $5.65) you will get this great game along with all the other games in the bundle: three games in the Company of Heroes series, Metro 2033, Darksiders, Titan Quest, Red Faction Armageddon, the DLC pack Path to War and Saints Row The Third.

Yes that's nine games, plus a DLC pack, for the price of what you likely paid for lunch today. The Humble THQ Bundle also offers people a way to donate to two charities as well; Child's Play and the American Red Cross. You can also throw in a tip to the Humble Bundle team.

Again, the Humble THQ Bundle ends in just over two days. So far, this bundle has generated over $4.3 million in revenues. It has an outside chance of beating the current revenue record set by Humble Indie Bundle V, which raised just over $5 million.