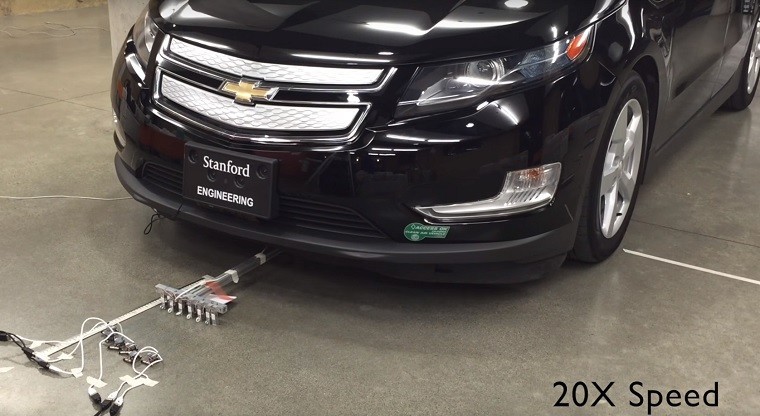 When most people consider the upcoming robot apocalypse, they oftentimes underestimate our mechanical foes, mostly due to their perceived lumbering nature. But that’s because most people imagine Judgement Day to be kicked off by bipedal, humanoid machines, instead of the much more likely swarms of millions of tiny devices.

Case in point: scientists at Stanford University have developed tiny robots that are able to work together and move objects that are thousands of times more massive then they are. As you can see for yourselves, these tiny mechanical critters weighing only 100 grams - that’s 3.5 ounces for the metrically impaired - are able to pull a real-life car, with its driver inside, which weighs almost 2 tons (3,900 pounds).

The robots, created by the Biomimetics and Dexterous Manipulation Laboratory, were modelled after ants, which can famously lift and carry many times their own weight. The researchers also paid close attention and got inspiration from the way geckos can grip to walls and surfaces, which they then applied to the robots' leveraging mechanisms.

The researchers hope that by using this new approach and relying on cooperation, swarms of tiny robots may end up becoming incredibly powerful tools, with applications in every field, from construction to hazardous material recovery and so on. Meanwhile, we’d like to welcome our tiny machine overlords.