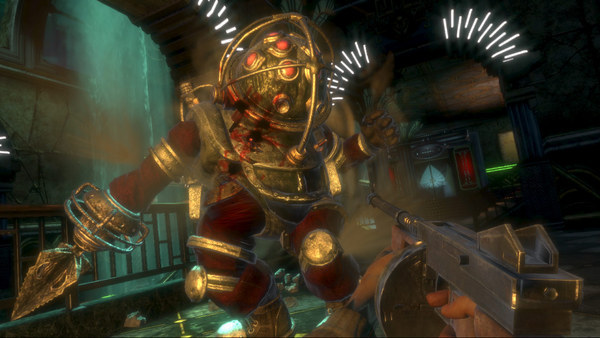 Do you like free games? Of course you do. Would you like a free game? Yes, you would. How about a free downloadable PC copy of one of the best games ever made? Done and done. As part of the launch of its new PC game download client, GameFly is offering its users a free PC copy of Irrational Games' 2007 game Bioshock for a limited time.

Over at Steam, you can play the multiplayer portion of the car combat game Death Rally for free from now until 4 pm Eastern time on Sunday. The full game is also on sale this weekend for 50 percent off. You can also get Dark Souls: Prepare to Die Edition on Steam for 33 percent off its normal price this weekend.

GameStop also has quite a few games on sale this weekend, along with a large number of downloadable game soundtracks. GamersGate also has quite the selection of price cuts this weekend. They include being able to get Grand Theft Auto IV for just $5 or you can get the complete edition, with GTA IV plus Episodes from Liberty City, for a mere $7.49. That should keep you busy until GTA V shows up this spring.