Humble Choice is back with its April wares, giving you a chance to grab another eight games as part of the subscription. While the promotion is still called Choice, keep in mind now you get all games in the selection for one price.

This month you get copies of Ghostrunner, Destroy All Humans!, Monster Sanctuary, Killsquad
Rogue Heroes, Suzerain, Chicken Police- Paint it RED, and Naruto to Baruto: Shinobi Striker. Each title arrives as a Steam key.

You will need to put down $11.99 for the bundle with all eight games. Subscribers also gain access to the Humble Games Collection of DRM-free titles (from a separate launcher), plus a slowly deepening Humble Store discount. Also, 5% of the membership cost goes towards charity. 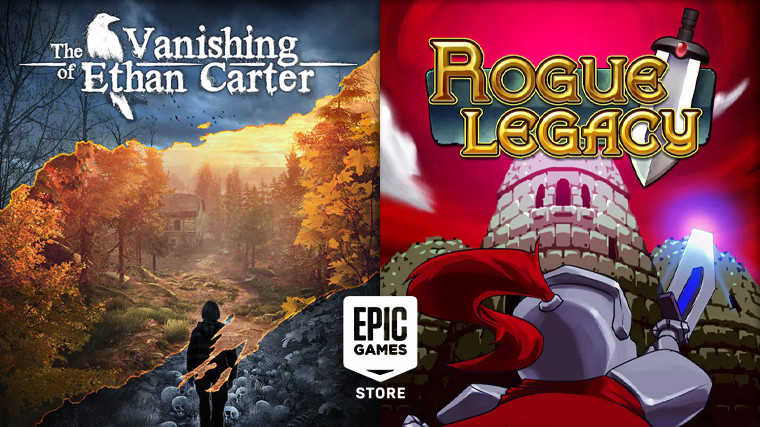 Epic Games Store is again building up a double giveaway streak, and this week you can grab copies of The Vanishing of Ethan Carter and Rogue Legacy.

The first game, The Vanishing of Ethan Carter, has you taking the role of a detective with the ability to communicate with the dead as he searches for the fate of Ethan and the Carter family, Rogue Legacy, meanwhile, drops in as a rogue-lite platforming experience with procedurally generated castles to dive through. The hook is the new and unique characters you can roll whenever you perish.

The two games will be free for you to grab until April 14. It is another double giveaway next week too, and it's a big one, with XCOM 2 and Insurmountable joining in as freebies.

Now it is back to Humble again to check out its latest regular games bundle. Management sims are the latest flavor of bundle being offered, with eight games being split into two tiers.

Starting off with the Industrious Sims Bundle's $5 tier, this gets you copies of Accident, Gravel, and Construction Simulator 2015 Deluxe Edition.

Going up to the full bundle tier will cost you $13, and also add the games Farming Simulator 17 Platinum Edition, SimCasino, SimAirpot, Wrench, and Barn Finders plus its DLC 'Amerykan Dream'. There is around two weeks before this bundle bows out from the store. 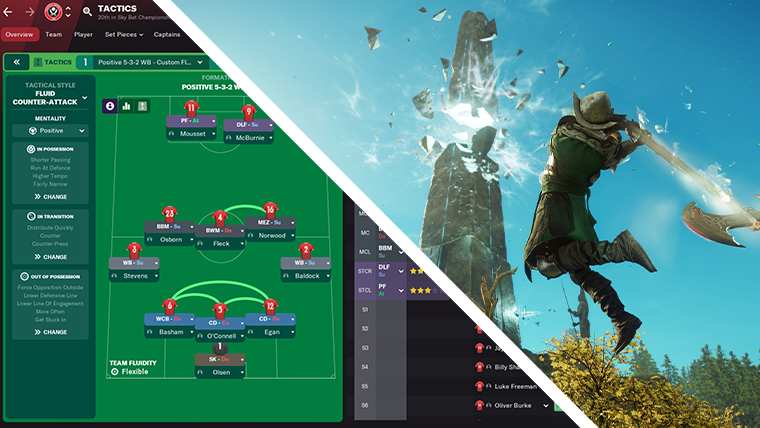 A couple of time investment heavy games are what's free-to-play this weekend, both available via Steam.

If you have an MMO scratch that needs itching, Amazon Games' New World is currently having a free weekend promotion that’s running until April 11. Elsewhere from the management corner comes a free weekend for Football Manager 2022, letting you see if your leading skills can take a club all the way to the top of a league.

As with all free events, you can continue your run after the promotion if you purchase the game.

Discounts for BAFTA Games Awards nominees and winners, publisher sales from Microsoft's Xbox division, and plenty more are what’s populating the best discounts this weekend. Find the list below:

With the massive spring promotions behind it, GOG is back to offering its standard weeklong and weekend DRM-free specials. Here's are some highlights from the currently available selection: