A double drop of bundles from Humble this week has brought games collections from two very different genres. You may also notice Humble has begun testing its new UI, which you'll have to explore and figure out a little. The split sliders are still available though.

Starting with the Guilty Gear games bundle from Arc System Works for fighting game fans, this has Guilty Gear Isuka and Guilty Gear X2 #Reload in the $1 tier. Paying the average price, currently around $9.60, will get you everything from the second tier, which contains GUILTY GEAR, GUILTY GEAR 2 -OVERTURE-, and GUILTY GEAR XX ΛCORE CORE PLUS R.

On the other hand, FPS fans can sink their teeth into the new Rising Storm Bundle.

Putting down $1 gets you a copy of Red Orchestra: Ostfront 41-45, and paying around $9.80 for the average tier adds on Rising Storm 2: Vietnam, its Pulling Rank DLC and Red Orchestra 2: Heroes of Stalingrad with Rising Storm. The $10 final tier is all about DLC for Rising Storm 2, including the Green Army Men addon plus nine other cosmetic bundles. 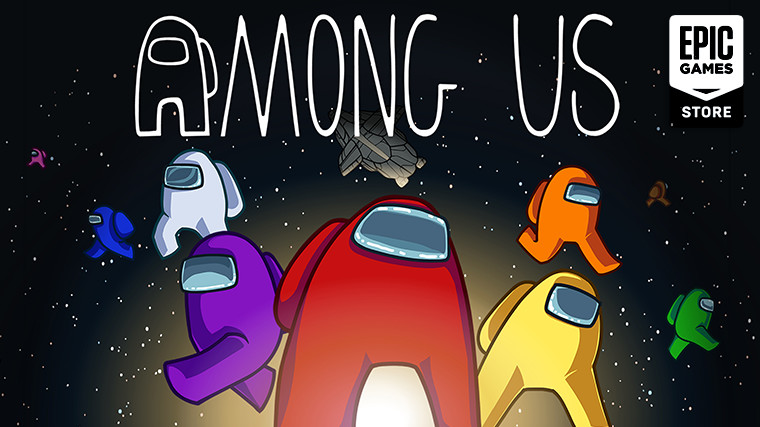 Moving on, it's time to dwell on this week's freebies. The latest mystery game from the Epic Games Store was revealed to be Among Us, the multiplayer experience that blew up in popularity last year. It takes over the freebie slot from last week's NBA 2K21.

For those who aren't familiar with it, the social deduction game throws together up to 10 people into an environment with various tasks to accomplish, but a small number of players are imposters that must take out the main group without being caught.

Among Us is available to claim and add to your library permanently through Thursday June 3. Once again, Epic is keeping the next freebie close to its chest until it's time for the unveiling. 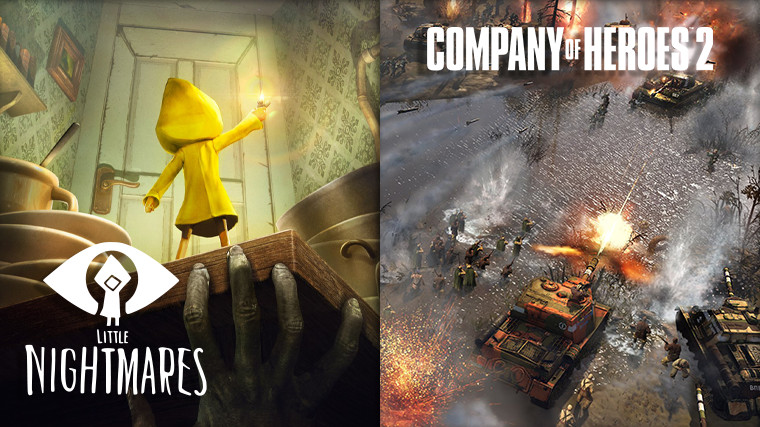 Giveaways don't end there, as Sega also brought out another Company of Heroes 2 'Free Forever Weekend' special. Unlike the usual affair, the complete base game containing the campaign and two armies for multiplayer as well as the Ardennes Assault standalone expansion with its own campaign are yours to claim and keep this time.

This promotion will come to an end on May 31 at 10AM PT. If you also want the Case Blue Mission Pack to go with the package, Sega is running a separate giveaway for it that you can claim by signing up for the company's newsletter over here.

Meanwhile, Bandai Namco has put up a giveaway for Little Nightmares, the atmospheric puzzle platformer developed by Tarsier Studios. The title has you taking the role of Six, a hungry little girl in a raincoat as she attempts to escape a mysterious vessel infested by monsters.

This giveaway ends on May 30 at 10AM PT, so you'd better grab it quick. 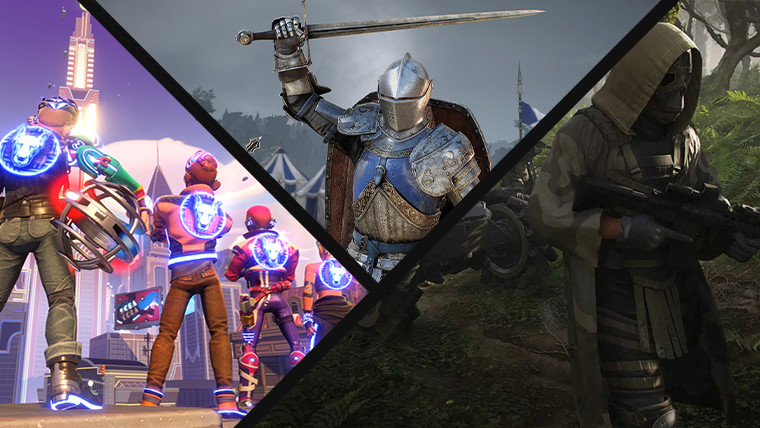 Another interesting mix of games populate this weekend's free events. If being tactical with your friends in an open world island space is to your liking, then Ubisoft's Ghost Recon Breakpoint free weekend could be right up your alley. The Hitman 3 Free Starter Pack is back with another mission too, with Paris being available through June 6.

Also, the medieval fighting game Chivalry 2's open beta is currently active, giving you access to several maps and modes before the game's full launch next month. Something we missed last weekend was the 10-day trial for Knockout City, the latest EA Originals release that's a spin on regular old dodgeball. This Block Party Trial is ending on May 30.

Aside from those, you can also try out the multiplayer survival game Conan Exiles, along with the tactical FPS that touts procedurally generated maps Due Process, driving sim Bus Simulator 18, and the RTS experience with armored vehicles Iron Conflict during this weekend for free. Lastly, Star Citizen's latest free fly event still has a few days left on its schedule.

The Steam Summer Sale is only about a month away, but if you're an open world games fan then this may be an eventful weekend for you thanks to Steam's latest promotion. As you peruse our highlights below, don't forget Epic Games Store's unlimited $10 coupon offer and Ubisoft Store's LEGEND20 code for slashing a bonus 20% off the cart are still active as well.

The DRM-free deals corner isn't a slouch this weekend either, with discounts appearing for Ubisoft and EA classics, games with robots, and more. Find our highlights below: