The latest beta version of WhatsApp on Android has been released with the option to disable the blue tick marks which were introduced recently.

WhatsApp went free in developing countries recently, but also came under fire from users due to the introduction of its latest feature which indicated whether a particular message had been read by the recipient or not. Prior to this release, users could see the last seen timing of the recipient along with message sent and delivered tick marks.

Now, it seems the company is looking to make the read receipts feature optional, as a setting to disable it has appeared in the beta version of the app on Android. 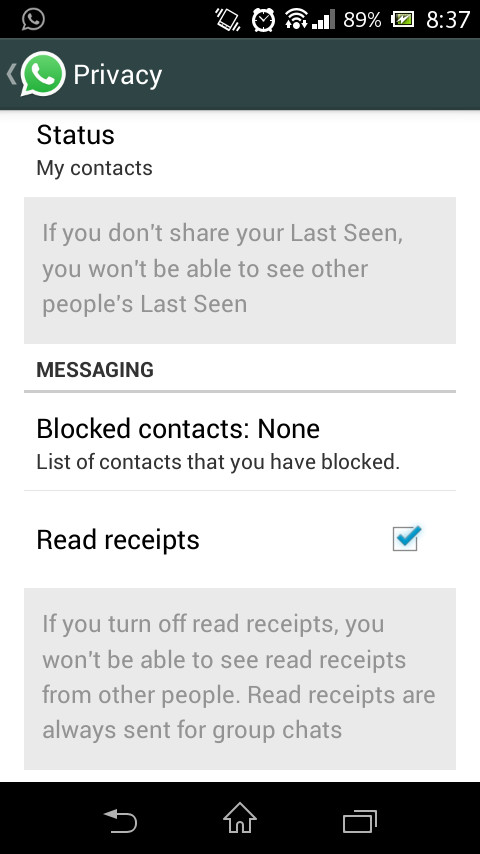 In the latest beta version 2.11.444 available from WhatsApp's website, users can navigate to the privacy settings and disable the blue tick marks. However, the read receipts will be sent for group messages as mentioned in the app.

WhatsApp often introduces many new features in its beta channel weeks in advance, so the final version might still take some time to reach the Play Store.