Facebook is one of the largest social networking websites in the world, so it isn't a wonder that privacy concerns constantly hover over the website like a heavy cloud. Being one of the 550 million users, I actively use Facebook on a daily basis, using a wide variety of the features, including Places.

Like many others, I'm big on privacy, as I don't know who is out there looking for me or if I have any crazy stalkers trying to hunt me down. Now many users have their settings higher than the "recommended" settings, which allows anyone to read your status, bio, and family and relationship connections, while friends or friends can browse your photos and videos, your birthday and religious views 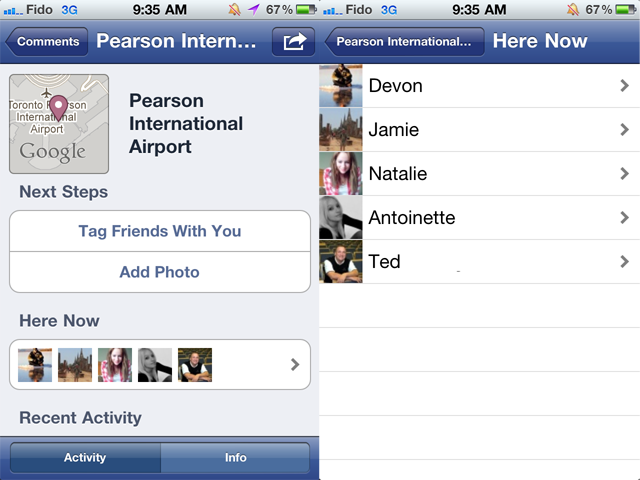 Now when I was sitting at the airport waiting for my flight to CES 2011, I checked into the airport, like I would normally do when I go to any place. But what I saw after, scared me a little. I noticed when I checked-in, I could see who else was around me. It wasn't the fact I could see other people, but could they see me?

I triple checked my privacy settings to make sure no one else could see me. Fortunately, I have all my settings set to 'friends only', but what do these other people have their settings to? After playing with the four pre-set privacy settings on Facebook, I discovered only 'everyone' sets your 'places you check into' open for anyone to see. Not only did it do that, but this allows anyone to browse your wall, photos, videos and everything else on your wall, as if they were a friend. However, to my amazement, some aspects of their profile (like photos or wall) were inaccessible, so their settings couldn't be wide open.

When I later checked into my hotel at the MGM Grand, I noticed even more people have their settings opened to everyone, so I could browse profiles of those at the hotel, a huge privacy vulnerability, at least to me. 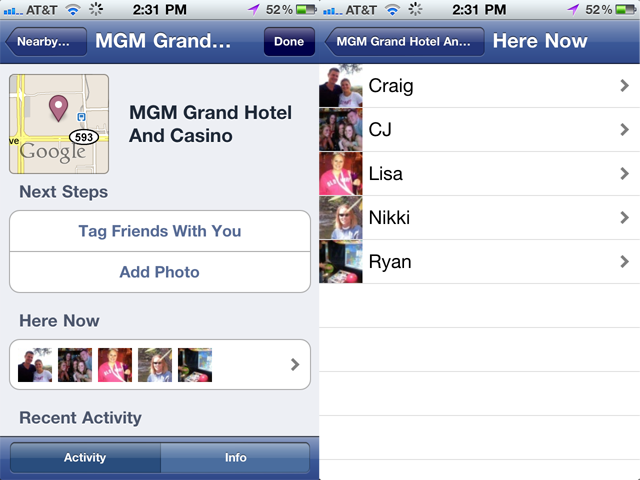 So I encourage everyone to review their privacy settings on Facebook, again. These warnings popup every few months when a new feature is launched, and Facebook even warned about a possible privacy vulnerability by leaving such settings open, but it still amazes me that anyone would want a complete stranger to see where they are. 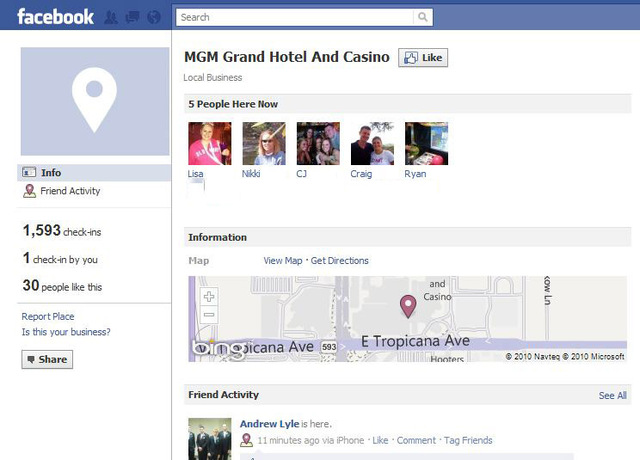