One week after taking over the big red button from Gabe Aul, Dona Sarkar - the new head of the Windows Insider Program - has announced the rollout of a new preview build for both PCs and phones.

Windows 10 Insider Preview build 14361 is now available for those on the Fast ring - but will it live up to the promise earlier this week of "some *really* interesting things" for Insiders?

We'll let you make your own mind up on that front. Dona detailed the new additions in build 14361, but it appears the list only includes new additions for PC users, with no new features mentioned for those on Windows 10 Mobile.

LastPass extension for Microsoft Edge: We are excited to announce that LastPass, a popular free password management extension, is now available for download. Visit our extensions page at the Microsoft Edge Dev website to learn more and try it out for yourself!

Introducing Hyper-V Container: You can now use Docker natively on Windows 10 with Hyper-V Containers, to build, ship and run containers utilizing the Windows Server 2016 Technical Preview 5 Nano Server container OS image. A new version of the Docker engine for Windows has also been made available that extends the support of containers while also improving the DockerFile syntax and getting started experience for users. For more details on how to get started with this check out the Windows container documentation or the Windows 10 Getting Started Guide.

Settings improvements: We made some improvements to the Settings app based on Insider Feedback. The navigation pane is now white in light mode or black in dark mode and we have added a small block of color (which is same as the accent color of your profile) to highlight what Settings page you are on. Clicking anywhere on the Home button at the top left takes you to the Settings homepage. And we have made some other polish improvements, including slightly increasing the size of the page name text.

New icons: I’ve been told that Insiders love hearing about new icons. So I thought I would mention we have updated the Blu-ray icon so that it is more consistent with the other drive icons in Windows 10. 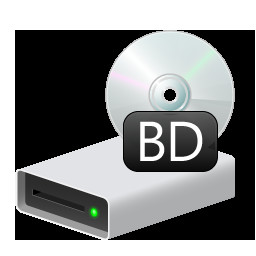 We also changed the icon for the network Quick Action to better represent it as an entry point to the network flyout (previously, it was a generic globe icon).

What do you think of the new features? Let us know your thoughts in the comments below.