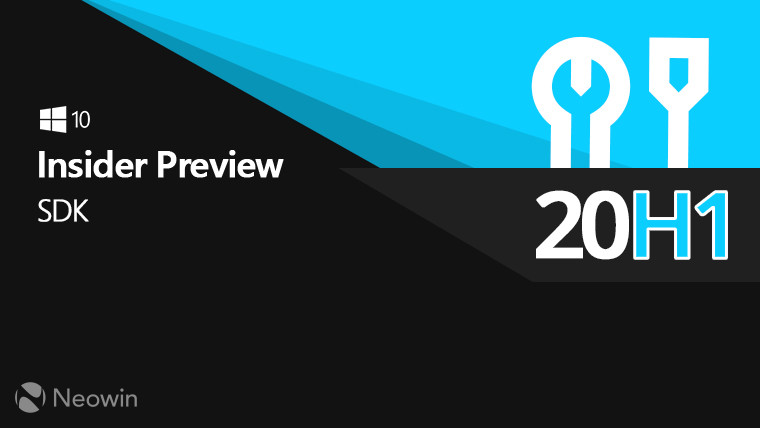 As it usually does, Microsoft has released a new preview build of the Windows 10 SDK this week, bringing it to number 18917. This aligns with the Fast ring build released last week.

As with most builds, there are no major changes in this new version of the SDK, and the changelog only mentions the same changes as we saw in the first 20H1 build back in May. Development of the Windows 10 20H1 update is still in its early days, so we're likely to see some more changes down the line.

As with every SDK Preview build, you can use this one in a production environment alongside a stable version of the Windows 10 SDK, and you can continue submitting apps to the Store as long as they're aimed at Windows 10 version 1903 or prior. You will need to be running Windows 10 Insider Preview builds, though, as well as using Visual Studio 2017 or newer.

If you'd like to download the Windows 10 SDK Preview build 18917, you can do so here. You can also get the corresponding versions of the Hardware Lab Kit (HLK), Assessment and Deployment Kit (ADK), and Windows Driver Kit (WDK).