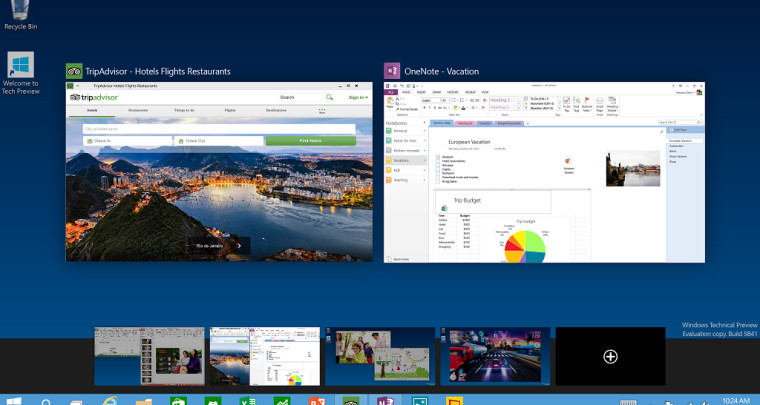 Since Microsoft adopted a faster paced update cadence for Windows 10, we've seen a flurry of cumulative updates and new Insider preview builds that have mostly focused on bug fixes and general performance enhancements. A report is now suggesting that the first major feature update, being dubbed 'Threshold 2', is to soon make its way to Windows 10 on November 2.

While Threshold 2 is the internal code name for the update, Microsoft is expected to officially label it the fall update at launch, designating the version number as 1511 ('15' for the year and '11' for the month). Users can update to this version of Windows 10 directly from the RTM release, without having to install any prior builds or updates. Similarly, those upgrading from previous versions of Windows will directly jump to the fall update, foregoing the RTM version.

As far as new features are concerned, most of the new things have already been seen in the latest Insider builds, such as a revamped Skype Messaging experience and more. The report also promises an 'improved Media Creation Tool', along with improvements to Edge and Cortana (support for more markets seems to be in the cards for Microsoft's acclaimed digital assistant). Unfortunately, those hoping for extension support in Edge, will have to wait as the feature has been deferred until next year.