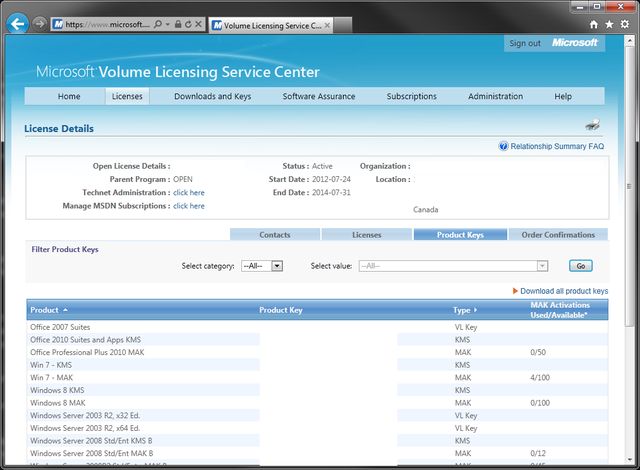 We are only a few days away from Microsoft's public timeline that Windows 8 will hit RTM in the first week of August and on that note, Windows 8 licensing has shown up in the Volume License Service Center. This is good news for those of individuals who have access to this center as it indicates that the RTM of Windows 8 should be landing very soon.

There is still no timeline on when Windows 8 will hit Technet or other Microsoft developer channels but we suspect that it will be shortly after RTM is officially announced by Microsoft. Don't expect it to be a near instant posting to these channels but it should arrive well before general availability.

Windows 8 is a massive bet for Microsoft as it is setting the foundation for the path forward for the Windows operating system. With an entire ecosystem being built around Metro, Microsoft is playing a card that it hopes will rejuvenation the Microsoft ecosystem.