Call Windows 8 what you like, many people have. But one word always seems to come up tops when describing the sales of Microsoft's latest desktop OS; disappointing. 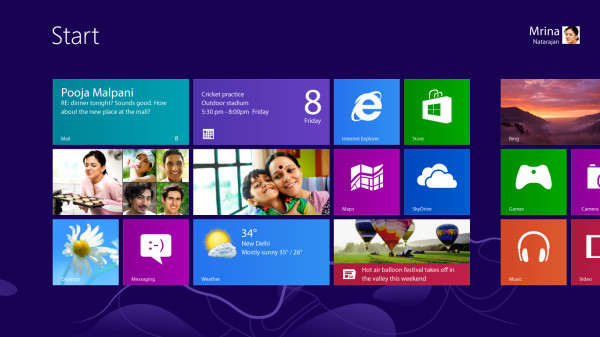 Now, the New York Times has taken another step to fuel the fire of negativity, adding “shaky” and “tepid” to the list. And it's not just the NYT that is saying times are tough for Windows 8. Emmanuel Fromont, President of Acer America has said:

It's a slow start, there's no question.

Demand for Windows 8 is not that good right now.

We recently reported that Microsoft is aware of sales being less than stellar, but Microsoft being who they are refused to comment on speculation. And that's all it is right now, speculation. While the 40 million license sold headline will be quoted until the next quarterly figures are released, Microsoft is sitting on top of that locked chest, with the actual numbers in it, until they feel it's right to say exactly how many copies of the OS they've shifted.

NPD, who provide market research for anything from toys to shoes, has had their say on Windows 8. NPD analyst Stephen Baker said:

I think everybody would have hoped for a better start.

Slow isn't bad though. There are two reasons why Windows 8 might not be selling well:

Well it's not Microsoft's fault all the consumer wanted, when they walked into the store, was a tablet. Nor should they be expected to convince a consumer to purchase a (likely) more expensive device just because of the OS it runs. If it were $25, yeah sure, but $125 or more? Not likely. Yes, the Surface exists, but being the newest tablet to market, coupled with poor distribution, sales aren't as high as they could be. PC sales have been on the decline, even since the Windows 7 days, and we all know how well it was received. Was this Microsoft's doing back then too?

The UI is a solid reason people might be put off. They might not like what they see, and the Modern UI Start Screen might be too much of a move away from their existing Windows experience.

But is it right to brand Windows 8 a success or failure? How about a third option, where Microsoft learn from their mistakes - a-la ME and Vista - and release a more refined and proper hybrid OS capable of being run on any type of PC, laptop or tablet. Could this be Microsoft's endgame. Windows 8 could be the learning curve that Vista was to 7 and ME was to XP.

But when all is said and done, Windows 8 is not even two calendar months old yet, therefore it's too early to say things aren't looking good for Microsoft and the OS.