Leaked information about Windows 8 has been fairly sparse over the last few months, but some interesting PowerPoint slides reveal plans for the successor to Windows 7, codenamed Windows 8. Tech blogger Mary Jo Foley discovered these slideshow images via Ma-Config.com.

It appears that Microsoft is looking to take Windows from a desktop application and expand it to "Desktop as a service" (DaaS). The slides reveal "Windows Next", an internal saying for Microsoft employees who are referring to the next major operating system, and turning it into virtual / cloud based desktop. 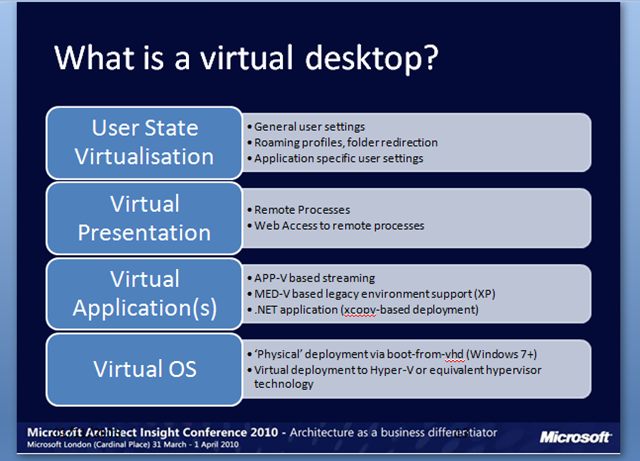 Desktop as a Service isn't an entirely new thing, but focusing an entire operating system on it is. With DaaS, Windows 8 could be easily deployed throughout an entire company with total hardware and application compatibility. This also opens the possibility of opening a Windows App Store in the next major version, where companies would host and run applications on 'the cloud', allowing for quicker security patch updates, greater compatibility and faster deployment through an entire infrastructure.

It will be interesting to see what "Windows Next" brings to both businesses and consumers with OS virtualization. Deploying and maintaining a single service would be cost effective for larger businesses, just the push Microsoft might be looking for to help companies finally make the switch from Windows XP and Vista. 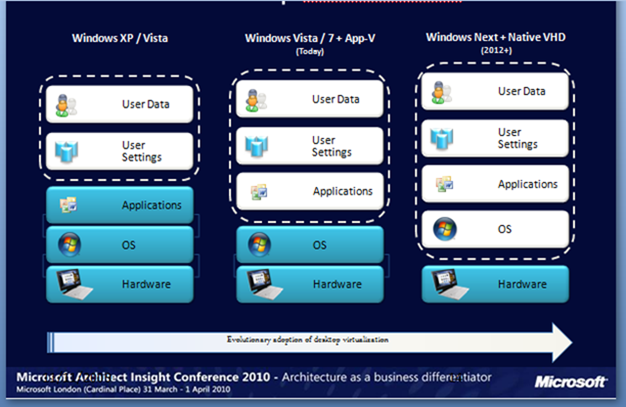