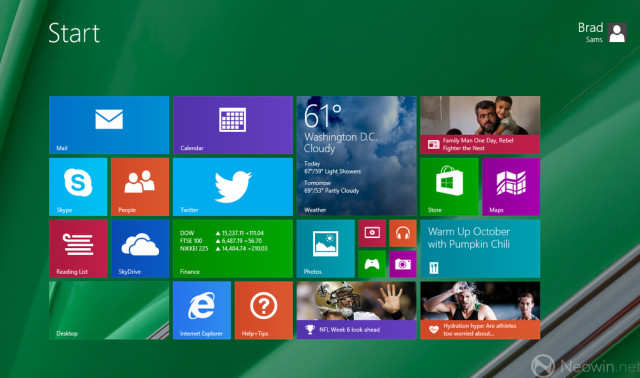 On the second Tuesday of August, Microsoft unleashed its traditional 'Patch Tuesday' releases but also pushed out some new features for Windows users as well. Unfortunately, a small subset of the Windows user base has been hit with some serious issues and now we are starting to learn a few more details about the issue at hand.

According to Microsoft's support website, the security update had various issues and it could cause Windows not to boot in some cases; the company has stopped distributing the release through Windows Update as well as its website. But how many of its millions of users are affected?

Well, according to Kurt Phillips (a Microsoft program manager), who appears to have been posting on the company's Answer forums, it looks like only 0.01% of users were affected by the issues. You can read his full post below but it has since been pulled from the forums for unknown reasons; likely do to the fact that he is not an authorized spokesperson. 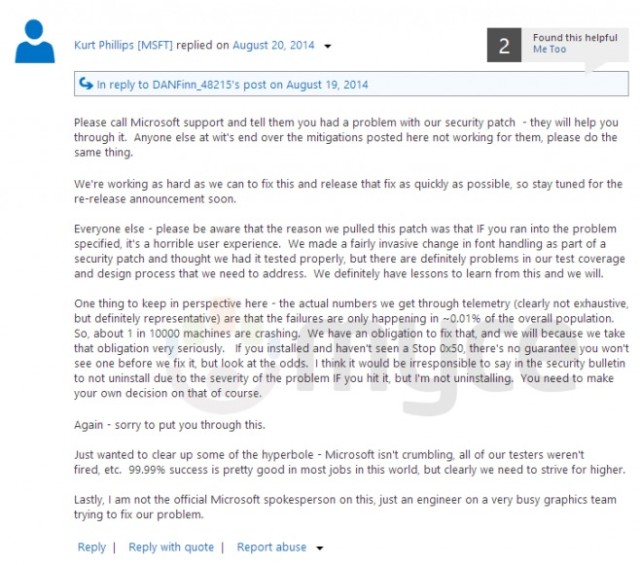 After reading his post, you can probably get a sense of his frustration, as well as the understanding that the problem needs to be resolved as soon as possible. He goes on to say that the fix should be out soon and you can bet that there have been many long days and nights in his office as they try to fix this problem.

By using their internal telemetry data, they can tell that for 99.99% of the user base, the install went smoothly but when you have hundreds of millions of users, even 0.01% will still affect thousands of users around the world.