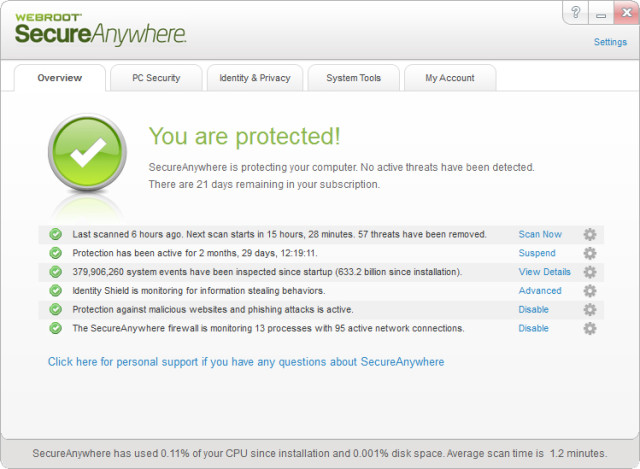 Webroot SecureAnywhere delivers complete protection against viruses, spyware, and other online threats without slowing down computer performance or disrupting your normal activities. With its fast scans and one-click threat removal, you can rest assured that malware is eliminated quickly and easily.  Webroot SecureAnywhere AntiVirus uses a radically new cloud-based approach to online security that protects you against the latest threats as soon as they emerge. And it does so at blazing fast speeds, scanning your entire PC in about 2 minutes.