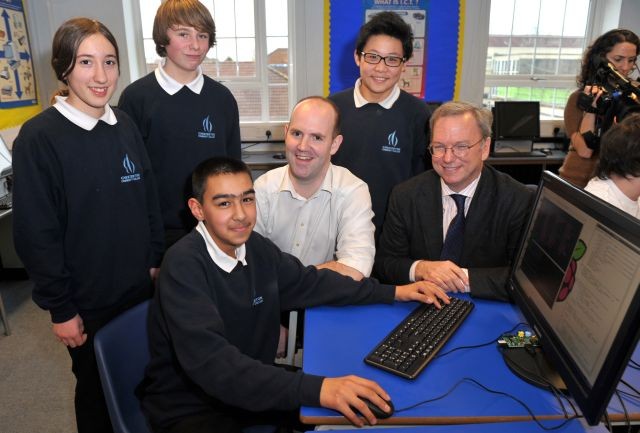 The Raspberry Pi Foundation recently announced that it has now sold around one million of its $35 "Model B" Linux-powered PCs. Today, the company can add 15,000 more units to its total, but these PCs will be sent out to school children in the UK for free.

In a post on the foundation's blog, it announced that it has received a grant from Google Giving, the charity arm of Google. The foundation said:

We’re going to be working with Google and six UK educational partners to find the kids who we think will benefit from having their very own Raspberry Pi. CoderDojo, Code Club, Computing at Schools, Generating Genius, Teach First and OCR will each be helping us identify those kids, and will also be helping us work with them.

The grant will also help to pay for 15,000 teaching and learning packs to go along with the Raspberry Pi PCs. The foundation celebrated the Google donation in a school in Cambridge today which Google's executive chairman Eric Schmidt attended.

The Raspberry Pi Foundation launched the $35 Model B PC as an educational tool first and foremost, and the group believes that Google's new grant will help generate more interest in computer science in UK schools.