The latest tracking stats for Windows devices have been released by advertising network AdDuplex, which monitors usage across its network to create a detailed monthly breakdown of Microsoft's mobile ecosystem, along with key details on usage of Windows 10 PCs. Each month, the reports capture a snapshot of worldwide usage across one 24-hour period - in this case, February 20, 2017. 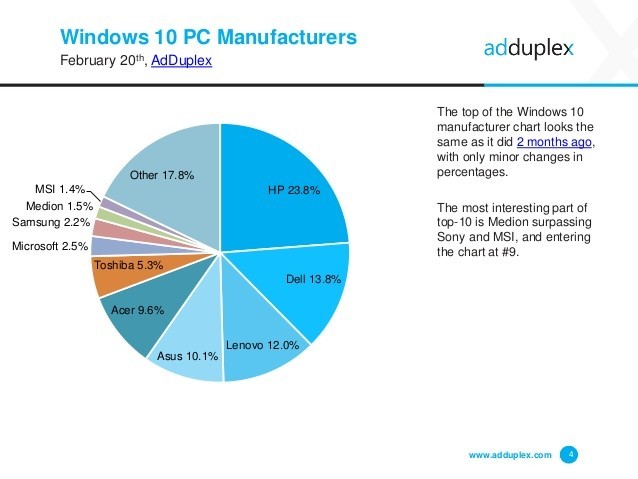 As you can see, HP is still the number one Windows 10 PC manufacturer, and it has been for some time. In fact, the list is exactly the same as it has been for months, with subtle increases in share from HP, Dell, Lenovo, and Toshiba, and decreases for ASUS, Acer, Microsoft, and Samsung. 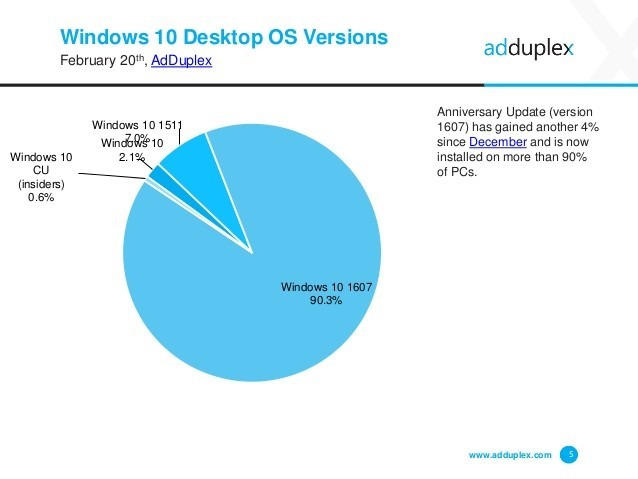 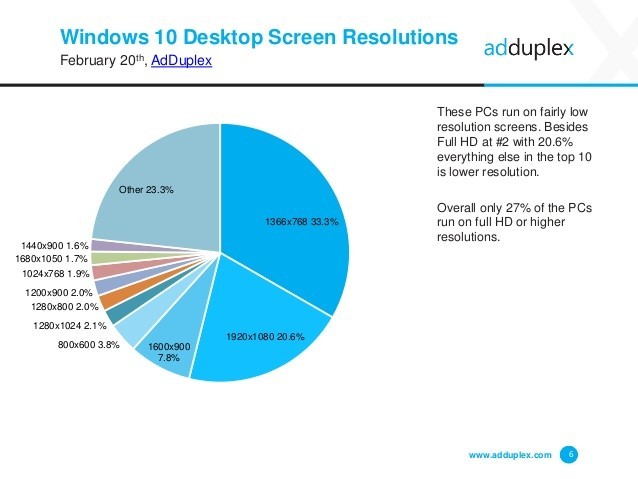 This slide is fairly interesting, as we rarely get to see a report on what screen resolutions people are using. 1366x768, or WXGA, is by far the most popular at 33.3%, with 1080p or FHD coming in at 20.6%. Everything else is relatively insignificant, but if you live in the power-user bubble, you might be surprised at how many people use such low-resolution displays. While 27% of PCs use FHD or higher, note that the other 6.4% all fall under 'Other'. 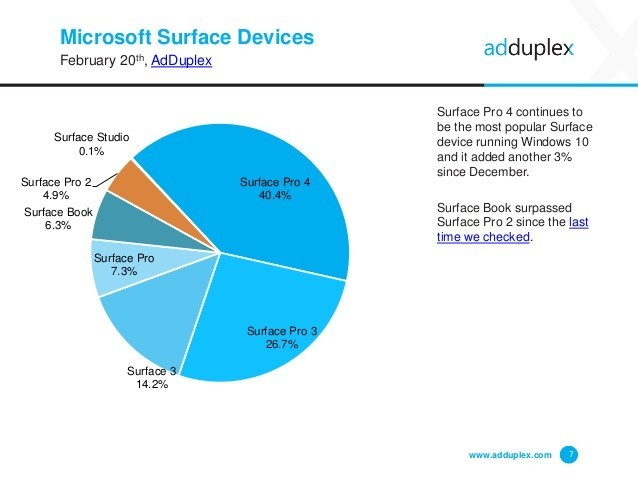 And then we have Surface usage share, and the one change here is that Surface Book has gained enough share to surpass the Pro 2. The Pro 4 jumped from 37.4% to 40.4% to further secure its spot at number one, while the Pro 3 decreased by 0.3%. Surface 3 dropped by 0.8% from a solid 15%, and we can expect that to continue to drop, given that Microsoft isn't selling them anymore.

The fourth most popular Surface is the original Pro, which dropped in usage by 1.1%, and as mentioned above, the fifth place model is the Surface Book, which only gained 0.3%. The Pro 2 took a 1.3% hit though, as it had 6.2% in December. The Surface Studio sits comfortably in last place with the same 0.1%. 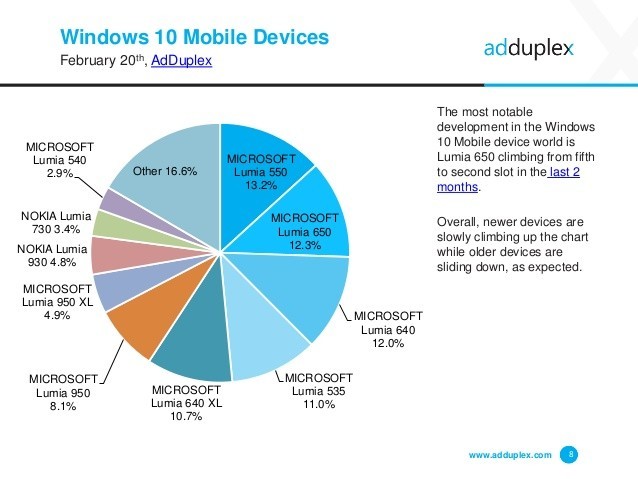 While the Lumia 650 was the most popular Windows 10 Mobile device in the US in December, it's only gaining popularity globally now, gaining 1.7% to become the second most used Windows 10 Mobile phone in the world. The Lumia 550 is still number one, increasing by 0.2%. 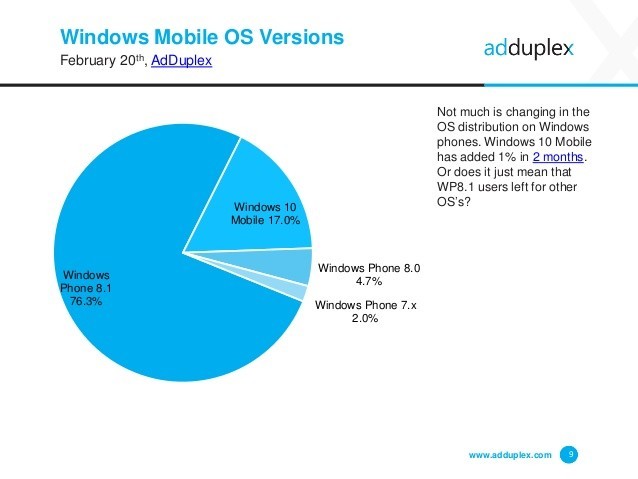 And as you'd expect, the vast majority of Windows phones run Windows Phone 8.1, although it's slightly less than in December, when it was at 77.1%. There are a couple of reasons for this. One is that Microsoft broke its promise to offer an upgrade for all Windows Phone 8.1 devices to Windows 10, and also, even for the devices that were offered an upgrade, users weren't told about it; they had to download an app to opt in. 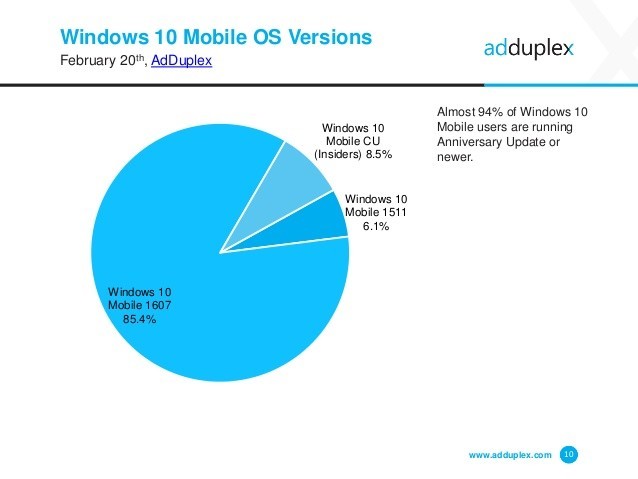 Out of that 17% of Windows phones, 85.4% of them are running the Anniversary Update, an increase from December's 81.9%. The amount of users running the Creators Update preview, however, has dropped by 1.9%, with version 1511 seeing a drop of 1.6%.

As you can see, there's nothing particularly shocking from the numbers that were released today, although it's always interesting to have a look at how many people are using what.