With the launch of the Windows 8.1 Preview this week, Microsoft has established new opportunities for users and developers alike. The company announced that it is opening up Bing as a development platform, allowing developers to deeply integrate Microsoft's search tools into their apps to add rich features and discovery capabilities. In addition to a vast range of new APIs, devs also have many new tools to help them create even more powerful software, such as the Visual Studio 2013 Preview, along with additional platform support from third-parties.

Consumers also have much to look forward to in Windows 8.1, with improvements that go far beyond just the return of the Start button and the ability to boot directly to the Desktop. With its updated OS, Microsoft has placed more emphasis than ever on the power of the web. Its new Internet Explorer 11 browser brings a broad range of improvements, but the new focus on the web goes beyond just viewing websites and streaming movies. Microsoft has introduced deeper integration of SkyDrive as part of its plan to encourage all users to embrace the power of the cloud. The company says it's "fully baked SkyDrive into Windows like never before", adding that "in Windows 8.1, SkyDrive is built in like no other". 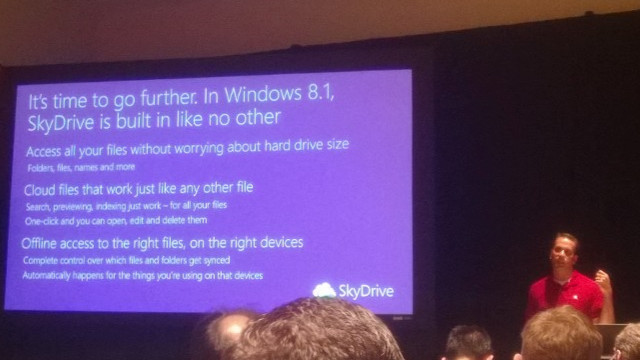 In Windows 8, the SkyDrive experience was a little frustrating. There was a Desktop sync app, which integrated with the File Explorer; and separately, there was a Modern-style app which, Microsoft admitted yesterday, was little more than a "viewer of the SkyDrive.com site". In fact, as many users of the app will have realised, it was considerably more limited than the SkyDrive site, with a lack of support for many of the features and functions that could be engaged and customised via the site itself.

In Windows 8.1, Microsoft says that SkyDrive is now a better integrated part of the operating system, and the dichotomy between the Desktop and Modern apps no longer exists. The company says that it's mindful of the needs of users who want to have all of their files always with them, and for those files to "work seamlessly with their apps" regardless of which device they use. 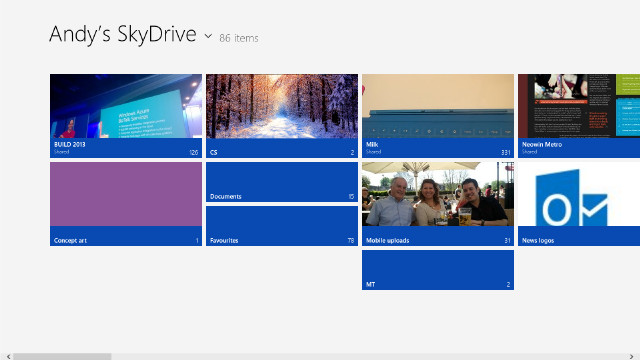 Over the last couple of decades, says Microsoft, we've moved from storing our important documents in filing cabinets, and photos in physicals albums, gradually embracing digital copies and computer-driven workflows. But even the way that we use devices has changed; initially, many users would have a computer at work and a single desktop at home, with files being shared between these occasionally on physical media such as floppy discs. But the explosion in mobile computing, and the ubiquity of notebooks, tablets and increasingly capable smartphones has changed the way we access our documents, photos, music and videos. What users are now demanding, the company says, is the ability to safely access their files wherever they may be: "All your files, secure, and private by default."

The reality, as it stands, is that many users end up with their files scattered everywhere, of course. Multiple copies of files end up on various devices; music collections end up incomplete on one device or another; the experience is imperfect and frustrating. 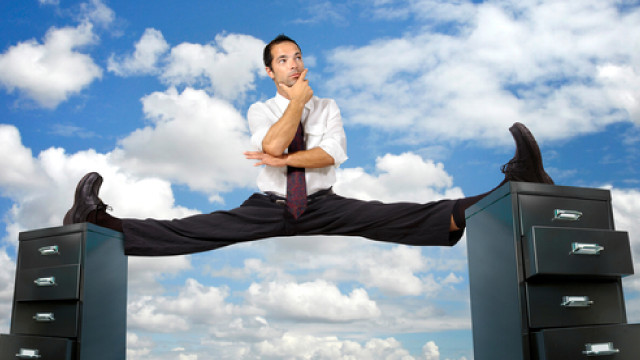 With SkyDrive in Windows 8.1, Microsoft aims to transform the user experience, making the use of centralised cloud storage the norm, rather than an occasional, infrequent, incomplete back-up. For example, the default option to save files in Office on Windows 8.1 (as in Windows 8) is SkyDrive; users have to change that location if they want to store it locally.

Microsoft has also optimised the OS to offer a more seamless experience when syncing between devices. In a demo at BUILD, the example was given of a user with around 130GB of files stored on SkyDrive, including documents, photos and videos. Obviously, this is too large to sync to many devices like smartphones and tablets, which typically feature 16GB or 32GB of local storage.

SkyDrive in Windows 8.1 automatically syncs the file and folder structure of your online storage, including thumbnails and properties, meaning that - even the files aren't synced, you can still preview them as if they were, and - if a connection is available - they can be easily downloaded or streamed to the local device. So far, so average. 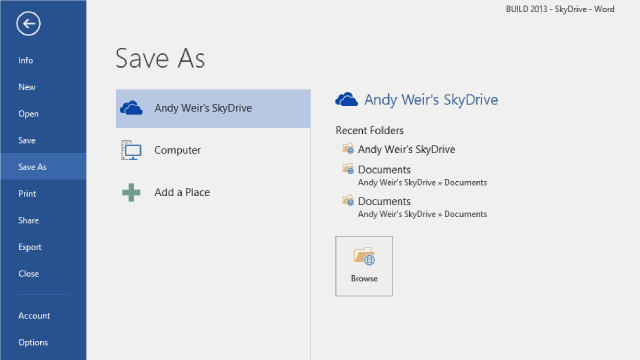 But Microsoft has gone further in making it possible to search through files - including searching for words and phrases in text documents that are stored in the cloud - even when no web connection is available. If your train has gone into a tunnel and interrupted your cellular connection, you'll still be able to search for that document or photo on SkyDrive, ready to open or download when your connection is restored.

This is made possibly through the way that SkyDrive manages synchronisation in Windows 8.1; even if you've only specified that just a few small folders of content be synchronised fully between all of your devices, SkyDrive will still be able to sync the full index of all of your stored files, properties, thumbnails and a subset of compressed data, which takes up around 1% of the actual size of your files.

In Microsoft's demo, it showed that the index of properties, thumbnails and other key data related to the 130GB of files stored on SkyDrive, but which weren't synchronised to a tablet, for example, took up just 1.34GB on that device. 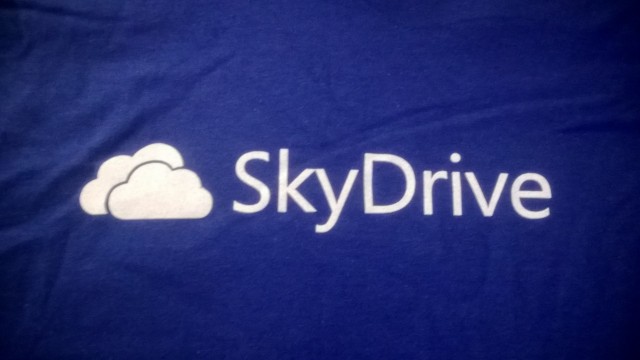 Microsoft's aim here is simple. It wants people to treat the cloud as the default for storing their files, and the best way to do that is to make the process as natural and seamless as possible for them. That means not having to manage complex settings, not having to juggle one Modern app and another on the Desktop, and breaking down other barriers that have so far dissuaded users from moving to the cloud.

The company is also, of course, hoping to migrate users to some of its paid SkyDrive storage solutions. While the company gives away 7GB of storage to all users, that doesn't quite compare to the massive volumes of files that many users now have. But with 100GB of additional SkyDrive space priced at around $50 a year, the cost of moving files to the cloud shouldn't prove prohibitive for many users. As Microsoft continues its shift to becoming a "devices and services company", the company will no doubt be hoping that sales of annual storage subscriptions will become its next billion-dollar business.

The company wasn't discussing any of that at BUILD, keeping the focus solely on the consumer benefits of migrating their data to SkyDrive. Microsoft says its great hope is for users to say: "I used to save to C: drive; now I save to SkyDrive."