With Mobile World Congress (MWC) right around the corner, companies have begun to tease or announce their products that are to be launched during the show. Today, phone maker Alcatel, one of the companies expected to launch its phones, took to Twitter to provide a glimpse of the firm’s lineup of smartphones that will be announced at MWC on 24 February 2018. The phones include the Alcatel 5, Alcatel 3v and the Alcatel 1x. 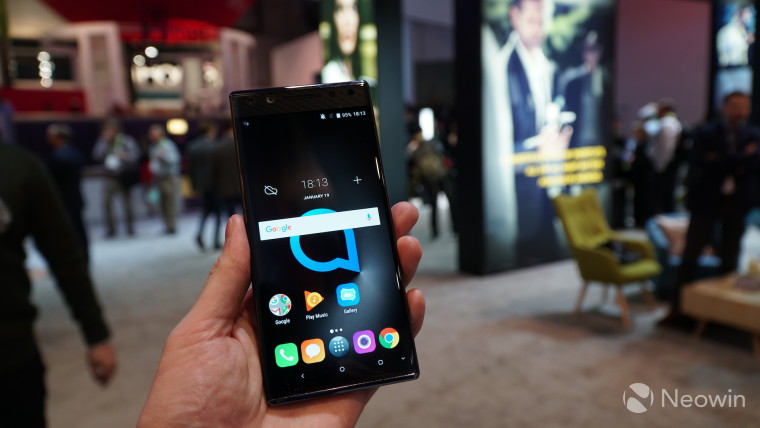 We went hands-on with the Alcatel 5 and 3v for a short while back in January at CES 2018. The time with the handsets was a teaser of sorts, providing a preview of what Alcatel has to offer, with a big reveal at MWC in February already planned by the company. Back then, we found the Alcatel 5 to be the more interesting of the two due to its unique display design that allows for extremely thin bezels on the sides and bottom of the device, compensated by a larger top bezel that houses a dual front-facing camera, along with a host of the usual sensors. The 5 will be the company’s flagship offering. The 3v, in comparison, is a more conservative looking phone made modern by the 18:9 aspect ratio screen, akin to what we have been seeing on the majority of new phone models hitting the market. The 3v sports dual rear-facing cameras and a glossy surface at the back.

However, we caught a glimpse of the company’s lineup for 2018 through leaks via Evan Blass back in October 2017. As for specifications and other details, we will have to wait to find out on 24th February. We learnt at CES that the Alcatel 5 will come with an asking price of $300 and the 3v will retail for $200.

Stay tuned to Neowin for our coverage of MWC 2018 and all the announcements.