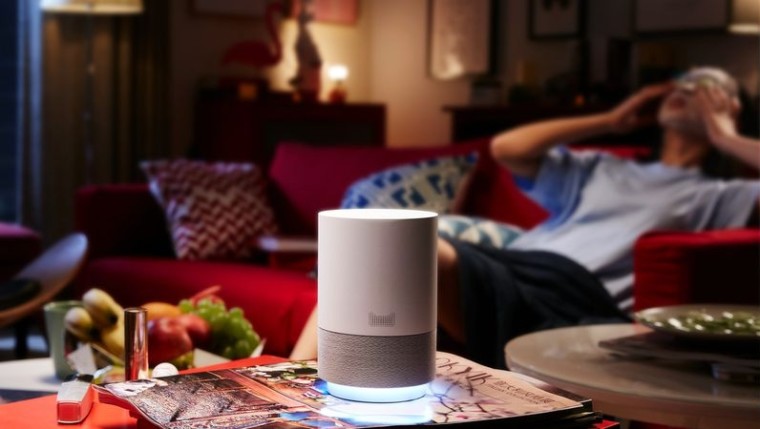 A few days ago, we reported that Chinese e-commerce firm Alibaba was planning to introduce a smart speaker targeting its home market, as fellow internet giants Tencent and Baidu prepare to do the same.

Alibaba has now officially unveiled the Tmall Genie, a digital smart speaker with a blue translucent ring that lights up at the bottom. It is powered by the AliGenie voice assistant and offers similar features to Amazon’s Echo. It can tell you the weather and news, play music, take notes, and control other smart home devices. Most importantly though, the Tmall Genie can be used to order items from Alibaba’s shopping site Tmall, using voice control. However, since the device is targeting Chinese customers, it only interacts in Mandarin.

The Tmall Genie is priced at ¥499 ($73.39). Users can sign up here for a limited beta, and those who are selected will be notified after a few days to complete their purchases. Deliveries for participants of the beta will begin on July 17 after which it will be formally available from August 8.

Digital smart speakers powered by virtual assistants are one of the hottest consumer products right now. Apple recently debuted its Siri-powered HomePod, Google launched its Home speaker last fall and Amazon has been producing Alexa-powered devices for years. Harman Kardon is set to release the Cortana-powered Evoke sometime in the fall and Samsung is reportedly also working on a Bixby-powered device.

Source and image via The Verge