Over the past couple of months, there have been various rumors about the successors to the Pixel 2 and Pixel 2 XL. Perhaps one of the more common pieces of information is that the upcoming and unannounced Pixel 3 XL would proudly incorporate a notch into its front display. If newly leaked images of a prototype are to be believed, it looks like the previous rumors could be true.

The images were first posted on the XDA Developers forums and show off the front and rear of the alleged device. The front offers a large display with slim bezels all around and a small chin on the bottom. On the top area of the screen, there is a cut out for what looks like two front-facing cameras and an earpiece.

The rear looks similar to last year's Pixel 2 XL but does have small changes, with its rear glass portion now covering a small narrow portion of the outer edge of the smartphone. Perhaps most surprising is that there is a single camera sensor on the rear, which could mean that Google will once again be sticking to its guns, and will rely on software over hardware for its camera needs.

Once again, this is a prototype, so things could change. Unfortunately, we will have to wait until later this year to find out the full details, as Google typically reveals its handsets sometime during the last few months of the year.

Source: XDA Developers via The Verge 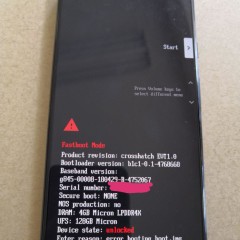 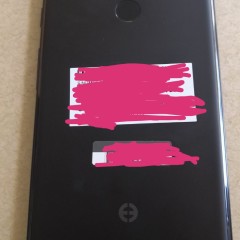