Amazon has finally announced its long-rumored handset and it will be called the Fire Phone. With a 4.7in display, quad-core Qualcomm Snapdragon 800 2.2Ghz processor, Adreno 330 GPU, and a 13MP camera, the device is aiming straight for the top end of the market. Nonetheless, it is perhaps surprising that the device only offers 1280x720px resolution on its display, rather than the Full HD (1920x1080px) resolution that other flagships in its price range offer.

The device will also include all of Amazon's media services for movies and music - no surprises there, as Amazon's Prime membership is quite popular with those who use the online shopping site. Also, features like Kindle's WhisperSync will work with the phone too, along with 'ASAP', which anticipates your media consumption needs by monitoring your habits and pre-caches content so that it will be available when you want to enjoy it. 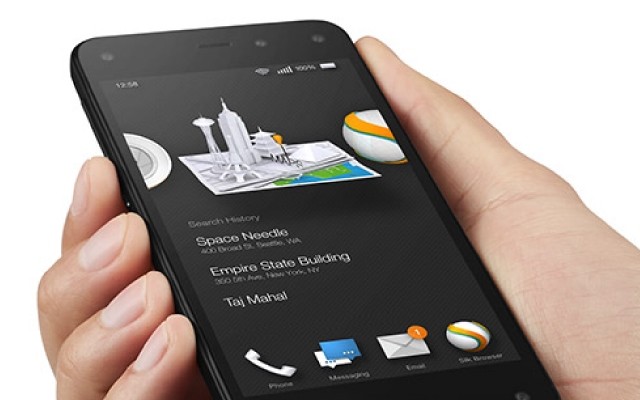 The device features a dedicated Windows Phone-style button on the side of the phone to launch the camera and if you press it again, it will take the first shot. Free unlimited photo storage in Amazon's Cloud Drive is also included.

The phone has dual stereo speakers that are Dolby Digital Plus certified; it also comes with tangle-free ear buds that are magnetic and come with a flat cable. The magnets are on the back of each ear bud and allows you to snap them together for easy transportation.

Customer support will also play a big role with the device and it will come with Amazon's 'Mayday' support. This is a service that is available 24x7x365 - in 15 seconds or less, you can reach out directly to Amazon customer support for free on-device help. 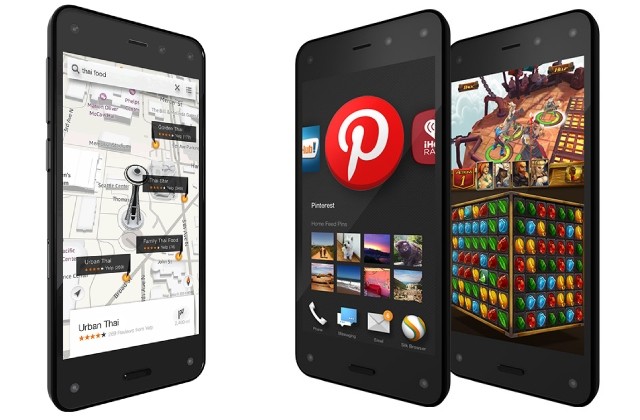 A major feature of the handset is 'Firefly', which allows you to scan any product - like a book, a DVD, a game or a grocery item - and it will be recognized by the device, allowing you to purchase it online. Think of it as an easy way to quickly price compare goods with Amazon's massive database and then quickly purchase them and have it delivered to your house.

But the app can do more than just physical goods, it can recognize audio as well as tv shows and movies. So it's kind of like Shazam, but for everything and Amazon says it can recognize 100 million objects. There is a dedicated button for launching Firefly on the left side of the device, and for the developers out there, an SDK for the app will be available as well. 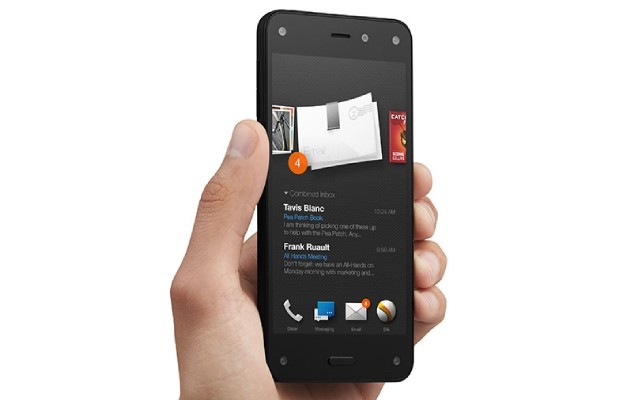 The phone will also support 3D effects with 5 front facing cameras. Four of the cameras are placed in each corner of the device and there is one at the top center for taking selfies.

The 3D features are not forced upon the user but there are apps that support it, like maps. There is also tilting gesture support; one example of this in action is to tilt the device in a mapping app to see what is just off the screen. If you want to see what is at the top of the map but don't want to scroll off your current spot, you can tilt the phone to see just a bit further without moving your location.